8 million Americans have fallen into poverty since summer 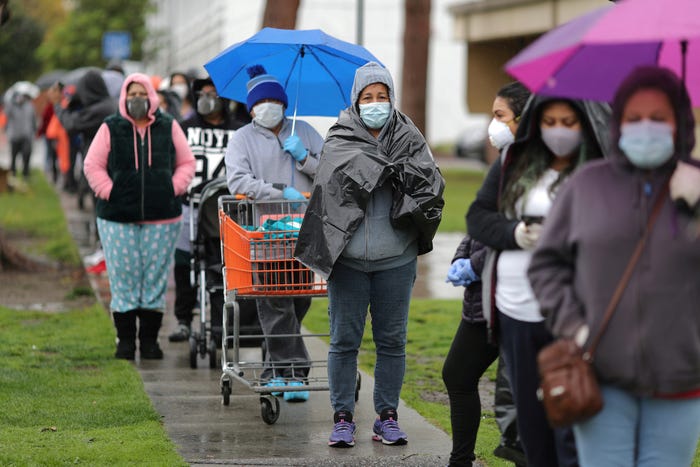 The U.S. poverty rate has surged over the past five months, with 7.8 million Americans falling into poverty, the latest indication of how deeply many are struggling after government aid dwindled.

While overall poverty levels are low by historical standards, the increase in poverty this year has been swift. It is the biggest jump in a single year since the government began tracking poverty 60 years ago. It is nearly double the next-largest rise, which occurred in 1979-1980 during the oil crisis, according to James X. Sullivan, a professor at Notre Dame, and Bruce D. Meyer, a professor at the University of Chicago’s Harris School of Public Policy.

Sullivan and Meyer created a Covid-19 Income and Poverty Dashboard to track how many Americans are falling below the poverty line during this deep recession. The federal poverty line is $26,200 for a family of four.

The economists say the sharp rise in poverty is occurring for two reasons: Millions of people cannot find jobs, and government aid for the unemployed has declined sharply since the summer. The average unemployment payment was more than $900 a week from late March through the end of July, but it fell to about $300 a week in August, making it harder for the unemployed to pay their bills.

“We’ve seen a continual rise in poverty every month since June,” said Sullivan.

Congress is debating whether to pass additional stimulus. Many economists and business leaders say more aid is needed as the economic recovery stalls and many families and small businesses struggle to stay afloat.