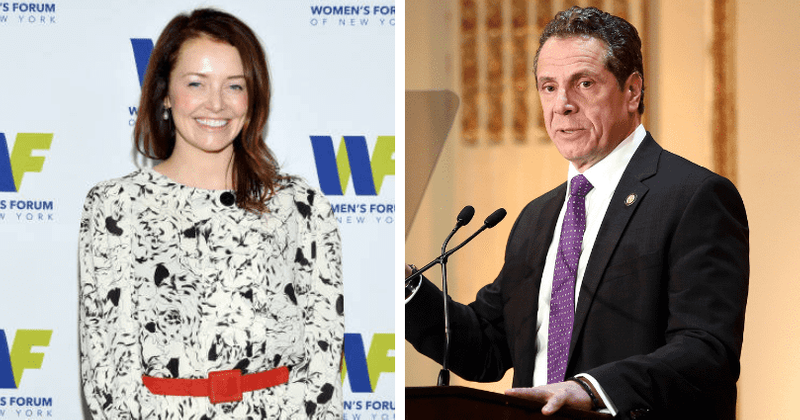 New York Gov. Andrew Cuomo on Sunday was accused of sexual harassment by one of his former aides, who said he made inappropriate comments about her appearance.

Politician Lindsey Boylan released a series of tweets Sunday to her nearly 42,000 followers that Cuomo “sexually harassed me for years. Many saw it, and watched.”

Cuomo has not commented about the allegations.

Boylan, 36, served as the deputy secretary for economic development and as a special adviser to the Democratic governor from 2015 to 2018. She is running for Manhattan Borough President.

Boylan began her tweets against Cuomo by claiming that his recounting of him keeping an eagle feather he found at Saranac Lake “was a completely fabricated story. He made up this memory.”

She then proceeded to release more damaging tweets about Cuomo.

There are fewer things more scary than giving this man, who exists without ethics, even more control.

I saw how he wielded power for years. He takes advantage of people, including me.

This right here is one of a million reasons women don’t speak up about sexual harassment. Sexual harassment in the workplace from someone powerful like their boss. The governor.

My first experience of workplace sexual harassment was when my mom got her first real office job after graduating from college when I was in high school.

She was so excited to be taken “seriously.” Her bossed isolated her and kissed her. She never had that type of job again.

Not knowing what to expect what’s the most upsetting part aside from knowing that no one would do a damn thing even when they saw it.

And I *know* I am not the only woman.

To be clear: I have no interest in talking to journalists.

I am about validating the experience of countless women and making sure abuse stops.

My worst fear is that this continues. And as @FKAtwigs said yesterday, my second worst fear is having to talk about and relive this.

Boylan received her undergraduate degree from Wellesley College and received her Masters of business administration from Columbia University, according to her official website. She is married with one child.