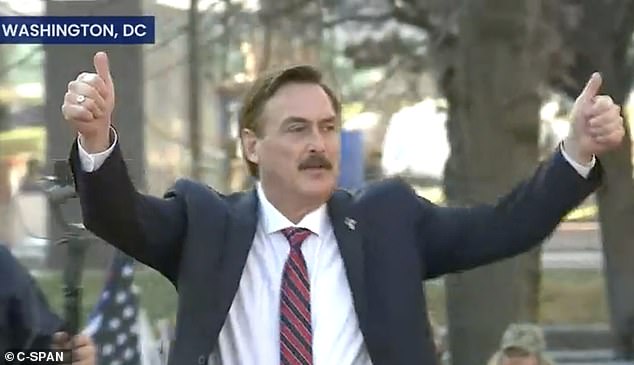 MyPillow CEO Mike Lindell has accused Fox News of trying to overthrow Donald Trump and claimed they were ‘in on it’ as he repeated the president’s claims that the Democrats were trying to ‘steal’ the election.

Lindell spoke at the ‘Stop the Steal’ rally attended by thousands of Trump supporters in Washington D.C. on Saturday.

During his speech, Lindell claimed the battle over the election was ‘a spiritual warfare in our country and in the world.’