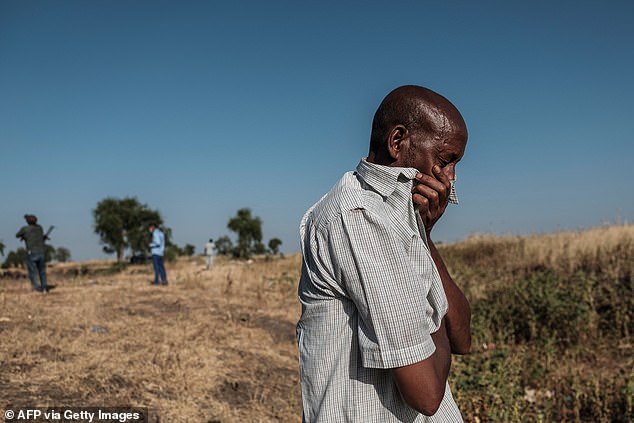 Hundreds of people were slaughtered in an Ethiopian town during a government offensive which ‘left the stench of bodies lingering for days’, according to survivors.

Witnesses said security forces and their allies attacked civilians with machetes and knives or strangled them with ropes in Mai-Kadra, an agricultural town near the Sudanese border, on November 9.

Several mass graves have been reported amid claims the smell of corpses remained for days at the site in the Tigray region.

Amnesty International said last month that scores of civilians were killed in the ‘massacre’, which witnesses blamed on forces backing the local ruling party.

It was the first reported incident of large-scale civilian fatalities in a then week-old conflict between the regional ruling party, the Tigray People’s Liberation Front (TPLF), and the government of Prime Minister Abiy Ahmed, winner of last year’s Nobel Peace Prize.