‘This is Going to Escalate Dramatically’: Trump Threatens a ‘Dangerous Moment’ in Twitter Spree Assailing Election 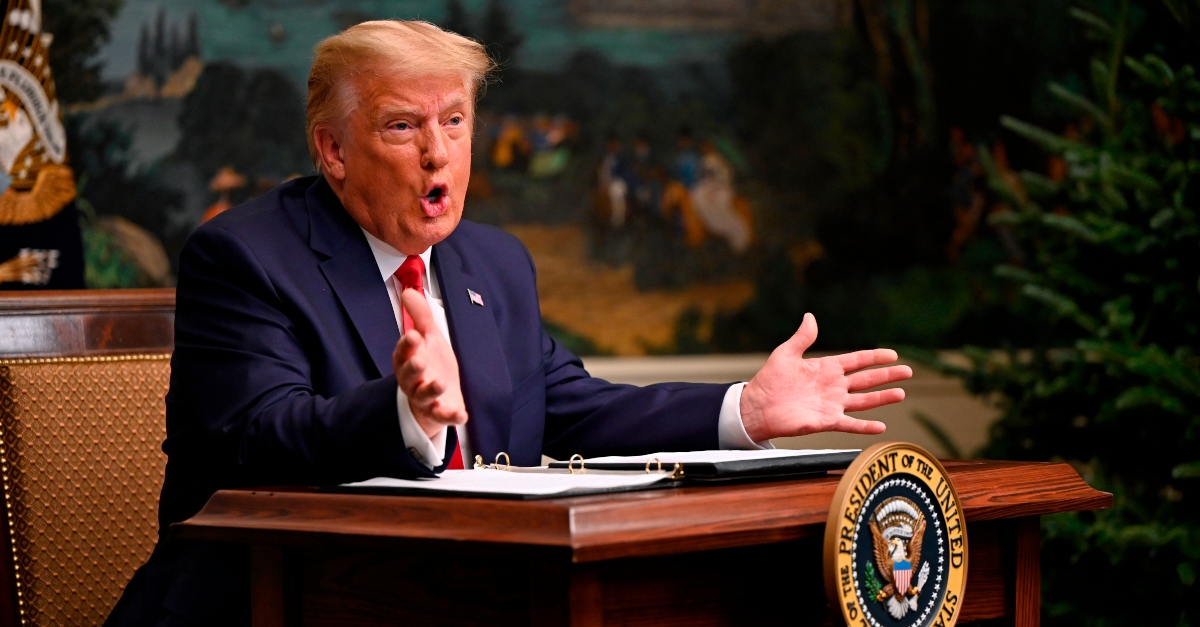 The spree began with a simple tweet promoting “wisdom” and “courage” before the threats and lambasting began:

The president then quoted an unknown fan from one of his rallies in Georgia, who threatened a future “very dangerous moment” and claimed that things were going to “escalate dramatically.”

“People are upset, and they have a right to be. Georgia not only supported Trump in 2016, but now. This is the only State in the Deep South that went for Biden? Have they lost their minds? This is going to escalate dramatically. This is a very dangerous moment in our history,” Trump wrote.

“The fact that our country is being stolen. A coup is taking place in front of our eyes, and the public can’t take this anymore.”

….The fact that our Country is being stolen. A coup is taking place in front of our eyes, and the public can’t take this anymore.” A Trump fan at Georgia Rally on @OANN Bad!

Trump also railed against Kemp and Biden — claiming that the Republican governor of Georgia was “finished” because he failed to overturn the election results in his state.

“How does Governor [Kemp] allow certification of votes without verifying signatures and despite the recently released tape of ballots being stuffed?” Trump wrote. “His poll numbers have dropped like a rock. He is finished as governor!”