Rush Limbaugh: We Are Heading for Secession 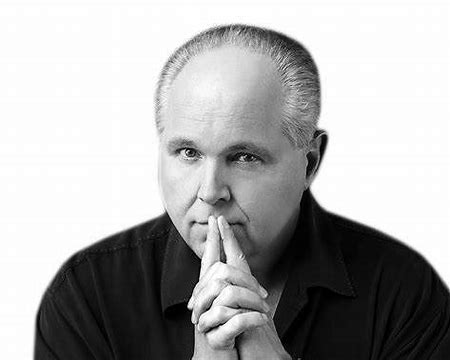 RUSH: Jamie in Shelbyville, Kentucky, great to have you on the program. Hello.

CALLER: Thank you so much, Rush. Mega dittos. Mega prayers.

CALLER: What you have done for this country is just absolutely unprecedented. We are truth seekers. We’ve been hearing you, learning from you, and watching all of this. We know it’s a globalist, communist, technocrat, Democrat takeover. It’s treason. And they’ve been able to take us over by marketing, distracting, entertaining, and a huge propaganda machine. The extent of their evil is really unimaginable. I believe this is a “plandemic,” and I’m afraid it’s too late.

But I think it’s time we mobilize. It’s past time. We have sought the truth, and we know it’s clear what’s going on. We need a way, though. And my idea for that is to fight the lies and to take action, is to look at the Democrats, how they handled all this, how this all came about. They implemented community organizers, think tanks, special interest groups.

I think we have to get creative and united and, like the prior caller said, yeah, news organizations, media, you know, putting our energy and money towards that. But we have to get our brilliant, resourceful, truth seeking, freedom loving heads and hearts together and fight like our future depends on it. I’d love it if you could help us unite somehow so that we patriots can just rise up and fight this evil. Thank you so much. God bless you.

RUSH: Well, thank you, Jamie. What do you envision me doing?

CALLER: Well, I know you know people. And I don’t know. I’m just trying to be creative here, but maybe if like, say, you know some group that you could advertise that would be interested in maybe even just accepting applications for creative, resourceful people in different communities throughout this country to, on different levels, work to market against this. I mean, everything from bumper stickers — powerful ways, like, where we can analyze who our audience is, i.e., these people who believe in all this junk. We have to convince them of what’s true. I don’t know if that will matter for us in the end, but I think that’s the right thing to do is to get more people to see the truth.

Now, I don’t know how you would judge me in terms of success or failure in that objective over the past 30 years, but if I look at it honestly, there’s still a lot of work to do. There’s still a lot that has to be done. And it’s 30 years. And, by the way, when I started I was it. From 1988 to 1997 it was me and then some of my guest hosts got their own radio shows, and then about 1996 or ’97 here came Fox News.

Then the blogosphere sprung up and websites and the so-called conservative media was born. And that’s when the left began to lose their monopoly on everything. And when they lost the monopoly, that’s when they became partisan participants. That’s actually when ABC, CBS, NBC, Washington Post, New York Times decided that playing at being objective and fair was not going to do it anymore. They had to take out this new conservative media. They had to destroy it.

So they began this instant course of character ruination, character assassination of all of us on the so-called right who they deem to be effective. And I think that was the beginning of the perception of partisanship. You know, the media has such a powerful impact on our culture, on our society. When the media was as it was up to 1988, some people thought that they were fair, balanced, objective, and all that, and it was just the truth, whatever Cronkite said, whatever Howard K. Smith said, Peter Jennings, it was the truth. And then they had their commentators and so forth, John Chancellor, Chet Huntley, David Brinkley, all these people.

But then when they lost their monopoly, the people at the networks — ABC, CBS, NBC — became partisan combatants, not just playing the role of objective journalists. They abandoned that. And I think that’s when the so-called partisanship in our culture, that’s when it began. I’ve often raised my hand and said, “I’ll take the blame for it. I caused it.” Until I came along, the mainstream media was able to pretend that they were news people, that they were journalists. They were able to pretend that what they were doing was the news. And that if they didn’t cover it, you didn’t need to know about it, nothing to see here. If they did cover it, it was important.

But when they became combatants — you know what I mean by that? When they became combatants, when it became their mission not just to be seen as reporting the news, but when they came to be seen as people participating in the partisan warfare in America, on whose side did they fall? They obviously were Democrats. So when the media became obvious Democrats and advanced the Democrat agenda, that’s when the so-called partisanship in this country, I think, began.

Now, it actually began many years before that, but that’s when the perception of it beginning happened. And so the reason this is important is because we get blamed for this partisanship. They sit there and say, “Hey, everything was fine in this country ’til you came along with your lies and your distortions and your racism and your bigotry.” That’s what they say.

Well, we were right.

“Yeah, yeah, I know, but you tell people that.” So that’s when the partisan divide began, and it’s only intensified. And Trump gets elected president, we cut a bunch of years off the future here. When Trump became president, that was the epitome of the people on the left thinking they were losing everything. And so their partisanship became as mean-spirited as it ever has.

It used to be not that long ago you’d read the New York Times or your local newspaper, maybe USA Today. Maybe you read the Washington Post, I don’t know. You’d turn on ABC, CBS, NBC. But now where do you go? ‘Cause I guarantee you, turn on the New York Times, or read it, read the Washington Post, ABC, CBS, NBC, it’s all gonna be the same stuff. They may present it in a different order. It’s all gonna be the same stories with the same take and the same commentary. Where do you go to find the news? But there still is news being made out there. It’s just nobody’s covering it. We do, actually. That’s what we’ve done. That’s the way we’ve evolved, we cover the news. We tell you things happening out there that they don’t. The things they don’t tell you are happening are things that are damaging to them.

RUSH: So during the obscene profit time-out mere moments ago, Mr. Snerdley, the Official Program Observer, peppered me with a question. The question was… what exactly was the question? Are we ever gonna win the — (interruption) Are you talking about win elections or just… (interruption) Okay. All right. Mr. Snerdley is asking if we’re ever going to be able to win. And he’s talking about elections. Votes.

I thought you were asking me something else when you said, “Can we win?” I thought you meant can we win the culture, can we dominate the culture. I actually think — and I’ve referenced this, I’ve alluded to this a couple of times cause I’ve seen others allude to this. I actually think that we’re trending toward secession. I see more and more people asking what in the world do we have in common with the people who live in, say, New York? What is there that makes us believe that there is enough of us there to even have a chance at winning New York, especially if you’re talking about votes.