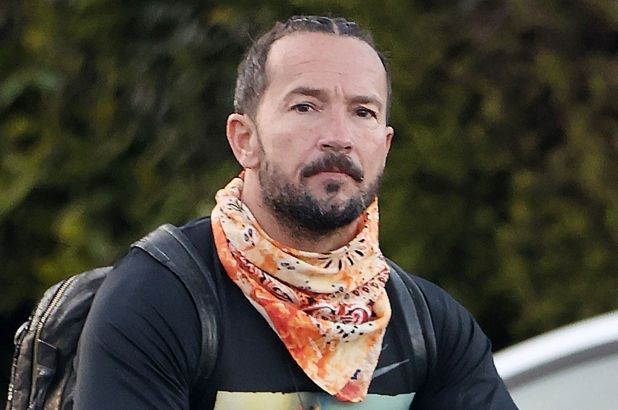 Lentz will be seeking ‘treatment at an outpatient facility that specializes in depression, anxiety and pastoral burnout,’ a source close to him told People on Tuesday.

Lentz, 42, who was known for his friendships with celebrities including Justin Bieber, was fired from the church in November over a relationship outside of his marriage.

‘He wants to be better for his family and is dedicated to doing the work,’ the insider continued. ‘His family is supporting him and hopes their privacy will be respected on this journey.’

They added: ‘He has no ill will towards the church and recognizes that they needed to take some course of action to address his missteps.’

During his 10 years with Hillsong, Lentz adopted a hip manner of dress and fostered friendships with young celebrities to help boost the church’s image, even as he publicly said that homosexuality and abortion were sins.

But a statement from Hillsong founder Brian Houston on November 4 announced he had been removed form his post over ‘ongoing discussions in relation to leadership issues and breaches of trust, plus a recent revelation of moral failures.’

Last week, DailyMail.com exclusively reported on audio of Houston addressing church leaders and top donors in which he claimed Lentz had ‘more than one affair’ leading up to his firing.

He called them ‘significant’ and added that some ‘bad moral behavior had gone back historically,’ though he wasn’t referring to these recent affairs, which were apparently consensual.

Shortly after the scandal broke, New York City–based designer Ranin Karim claimed that she had carried on a months-long affair with him.

According to her, Lentz only ever gave his first name and claimed to be a sports agent.

Despite the alleged affairs, Lentz’s wife Laura appears to be sticking with him, and his family is reportedly supportive.

Other women told DailyMail.com that the pastor had met multiple other women backstage after church services to carry on affairs.

Although Houston claimed in front of the church’s higher-ups that Lentz had been fired as soon as his infidelity came to light.

However, DailyMaill.com reported exclusively last week that a church member passed on allegations of sexual misconduct from Lentz back in 2017, but was rebuffed by the church’s leadership.

A group leader from the church’s Boston campus shared a volunteer’s claims that Lentz had ‘acted inappropriately’ with her, was ‘extremely flirtatious’ and made her her feel ‘extremely uncomfortable.’

In response, a senior member of the New York church wrote a stern email claiming that the allegations were all made up.

The leader claimed the New York branch had conducted an ‘internal review’ and found no evidence in support of the woman’s claims against Lentz.

The email accused the group leader passing on the allegations of doing ‘more harm than good’ and fostering a ‘false narrative.’

Since Lentz’s firing, Hillsong has announced that there will be an ‘in-depth review and investigation to all concerns and any wider cultural issues.’