Hospitals have reached breaking point: Rate of coronavirus plague patients being admitted is dropping because beds are full and mild cases are being turned away as US reports a third of the world’s new infections and families beg for ICU space on social media 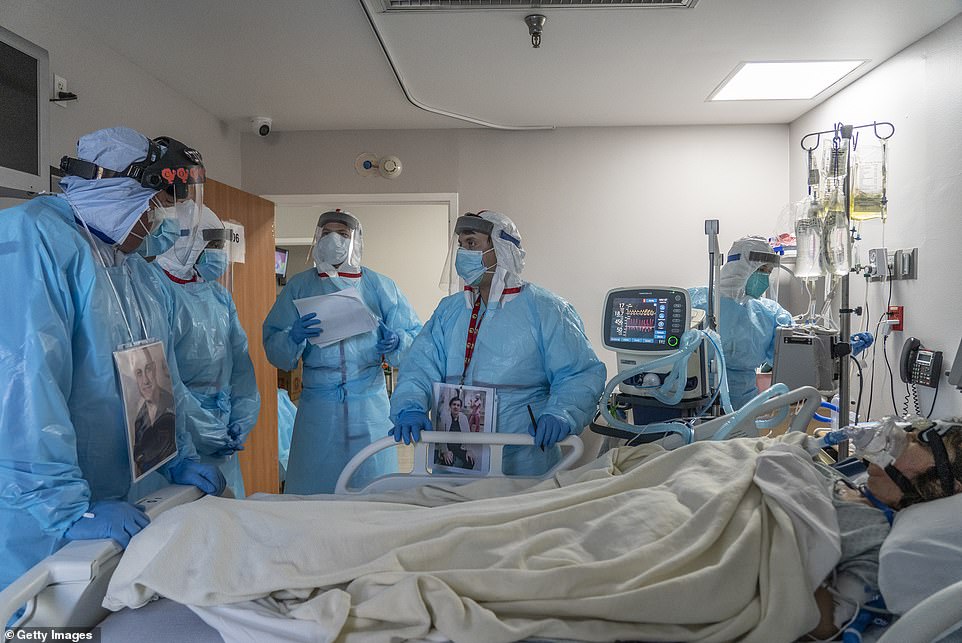 New data suggests that a smaller percentage of patients with COVID-19 are being admitted to hospitals because the nation’s healthcare systems are being overwhelmed by the staggering number of new infections – as the United States reported a third of new global coronavirus cases on Friday.

While total hospitalizations from the virus have reached new highs in the US with 101,276 people receiving professional medical care as of Friday, two sets of data show that the percentage of those who are admitted to the hospital once testing positive is decreasing.

This is not due to increased testing resulting in more milder cases of COVID-19 being identified, according to The Atlantic, as while testing in November increased by a third compared to the previous month, new cases also doubled meaning more people are getting sick.

Instead, it comes as hospitals are being forced to tighten their restrictions on who is admitted, suggesting that some patients who may have been hospitalized for treatment during the spring and summer wave are now being turned away as deaths from the virus also increase.

On Friday, 2,595 deaths were reported in the US, pushing the 7-day average up to 1,917 deaths per day. It marked the end of the deadliest week of the pandemic since mid-April with the nation set to reach more than 279,000 deaths in total by Saturday.

As of Friday, 278,872 Americans have died from coronavirus and 14.3 million cases have been confirmed since the start of the pandemic.

Hospitals are under such strain that in Pennsylvania, one son was forced to beg on social media to find an ICU bed for his mother as her condition worsened.