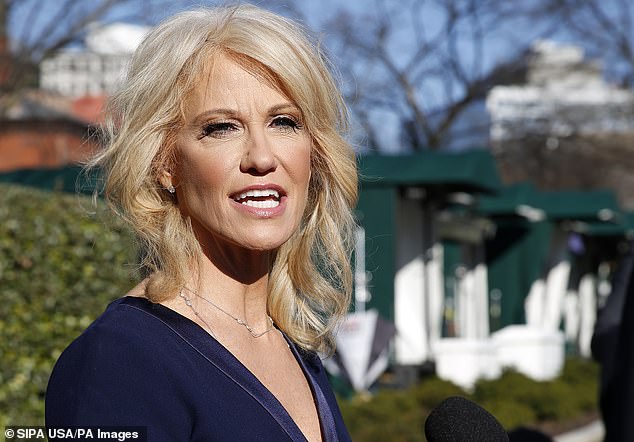 Kellyanne Conway on Friday acknowledged Joe Biden won the presidential election and said she would work with his administration if they needed her.

She is one of the most prominent Donald Trump supporters to acquiesce his rival’s victory and her tactic admission comes as the president continues his legal fight to overturn the results.

‘The president wants to exhaust all of his legal avenues, as he has made clear many times. His team is doing that, and that is his right,’ Conway told The 19th.

‘If you look at the vote totals in the Electoral College tally, it looks like Joe Biden and Kamala Harris will prevail. I assume the electors will certify that and it will be official. We, as a nation, will move forward, because we always do,’ she added.