Christian geneticist and U.S. National Institutes of Health Director Francis Collins said most churches should postpone in-person services due to coronavirus plague-pandemic until at least summer 2021 — just as Daniel Whyte III has been saying since the start of the plague due to the fact that the plague is against the church in America due to her sins and abominations in God’s sight 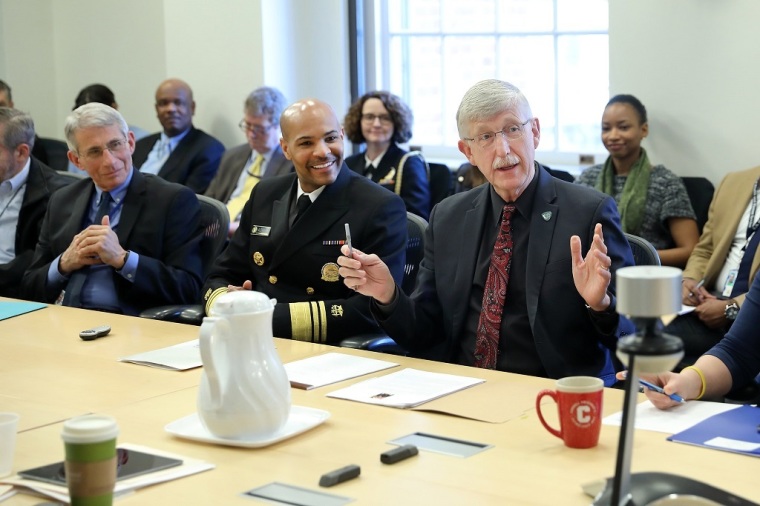 Christian geneticist and U.S. National Institutes of Health Director Francis Collins said most churches should postpone in-person services due to COVID-19 until at least summer 2021, when every American is expected to have had the opportunity to get vaccinated.

“I know people are tired of hearing these messages and having to be acting upon them, but the virus does not care that we are tired. The virus is having a wonderful time right now spreading through this country, taking advantage of circumstances where people have let their guard go down. We need to be just absolutely rigorously adherent to things that we know work. But they don’t work unless everybody actually sticks to them faithfully without exception,” Collins said during an online conversation Thursday about soon to be released COVID-19 vaccines with Russell Moore, president of the Ethics & Religious Liberty Commission of the Southern Baptist Convention.

“Churches gathering in person is a source of considerable concern and has certainly been an instance where superspreading has happened and could happen again. So I think most churches really ought to be advised, if they are not already doing so, to go to remote, virtual kinds of services. That’s the way I’m having my experiences as a churchgoer,” he said.

Collins urged Christians to take other safety measures, such as wearing a mask, social distancing, and getting a coronavirus vaccine, two of which are expected to be approved for emergency use later this month as part of Operation Warp Speed.

If all goes well and everyone cooperates, he said, churches could be having normal Vacation Bible School by next summer, and by next fall, businesses should be operating normally.

“At the current pace of things, I think by April, many of the high-risk individuals, people over 65, that would be me, people with chronic illnesses, certainly essential workers who we need to be out there in the workplace keeping our society going should have had a chance to get vaccinated and by early summer. Pretty much every American should have had this opportunity with one exception that I’m not quite sure about, which is children,” he said.

While Collins expects children to be immunized eventually, so far, he said, they have not done any coronavirus vaccine trials involving children.

“I’m guardedly optimistic that by the summer, we may be able to have a Vacation Bible School, we may be able to go to a baseball game and see it in real terms. And certainly, by next fall, I’m hoping we can get back to things like normal schools and businesses, and our economy can get back on its feet. But there are a lot of steps between now and then. And of course, it will go better if we don’t have our healthcare system utterly devastated by the ongoing pandemic that we could have potentially turned around by all of us taking those public health actions we just talked about,” Collins said.

Two coronavirus vaccines from pharmaceutical company Pfizer and biotechnology company Moderna are expected to be approved for emergency use in the U.S. later this month, while two other companies, Johnson & Johnson and AstraZeneca, are expected to also receive approvals.

Collins told Moore that he was aware of many conspiracy theories about the safety and efficacy of the vaccines going around, particularly on social media, but urged Christians not to fall prey to them.

“Here’s a great opportunity for Christians to say, let’s really look at the truth of the situation and evaluate what the evidence demonstrates for and against the idea that this is something I’d want to take advantage of myself,” Collins said of the vaccines.

“There’s an awful lot of information floating around, particularly on social media that frankly doesn’t represent truth. It represents some certain degree of fear and anxiety and some just frank conspiracies that are pretty outrageous,” he said before invoking Scripture.

“People who really want to see the data, it’s all going to be there, and that would be the place to go to size up what’s the evidence for and against,” he said.

He acknowledged that while the vaccines were developed under Operation Warp Speed, which led to the development of a vaccine in 10 months that would normally take eight years, Collins said no corners were cut in the process.

“The Warp Speed name was probably not the greatest choice. It was supposed to inspire people that we’re not just doing this slow and bureaucratic, we’re really doing this at an unprecedented timetable, which is true, but it may have also conveyed that we’re cutting corners,” he said.