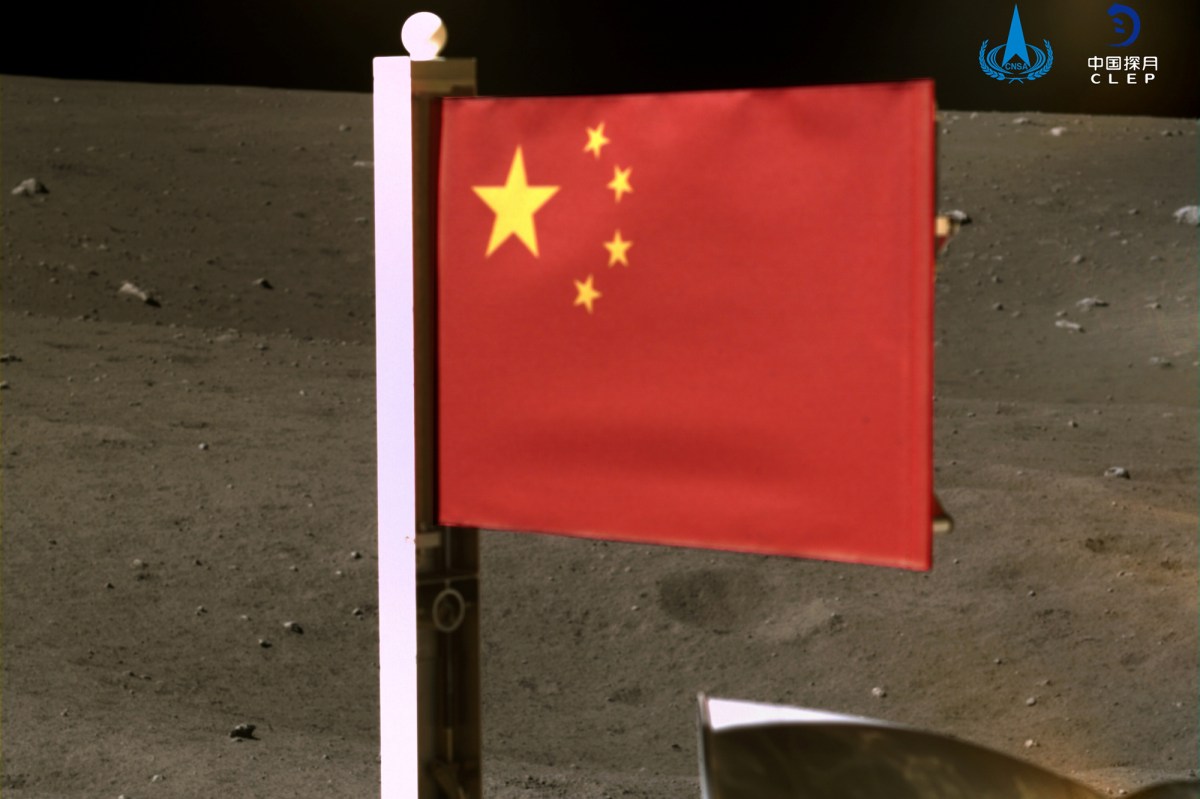 More than a half-century after US astronauts first planted the Stars and Stripes on the moon, China replicated the feat — though unmanned — by unfurling its red flag on the lunar surface.

Chang’e 5’s ascent vehicle lifted off Thursday night with a load of lunar rocks, the first stage of its return to Earth, the government space agency reported.

The probe touched down Tuesday on the Sea of Storms for a mission to collect about 4 pounds of rocks and bring them back to Earth, the first return of samples since a Soviet spacecraft did so in 1976.

The lander, which remained on the moon, drilled about 6 feet into the surface and scooped samples — as well as photographed the area and used ground-penetrating radar to check for minerals and water.