Amber Alert is issued for Miss World Teen beauty queen, 17, who was last seen crossing into the U.S. from Mexico after running away from her family because her ‘mom wanted to put her in a mental hospital’ 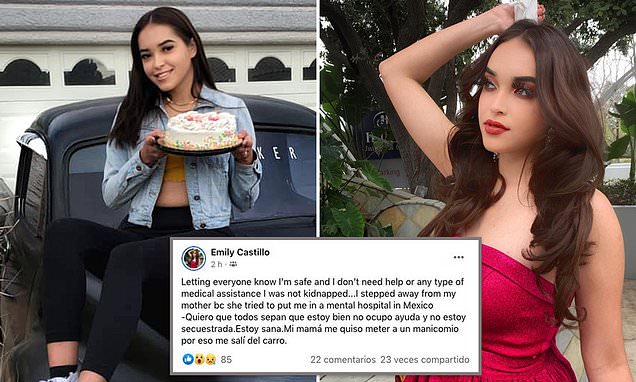 A former American teenage beauty pageant contestant took to her Facebook account to say she was not abducted in Mexico but abandoned her parents because her mother wanted to lock her up ‘in a mental hospital.’ Delia Emily Castillo was reported missing in the northern Mexican city of Hermosillo Tuesday after her parents left her inside their vehicle while they went inside a restaurant for breakfast. El Universal reported that the 17-year-old Miss World Teen 2017 contestant then stepped out of the car and entered a local store where she asked for directions to the nearest bus terminal before she headed towards the Nogales International Bridge.