They Prayed for Healing, God Sent a Pandemic: How a Coronavirus Outbreak at France’s Biggest Pentecostal Megachurch Changed Their View of Providence, Judgment, and Fellowship 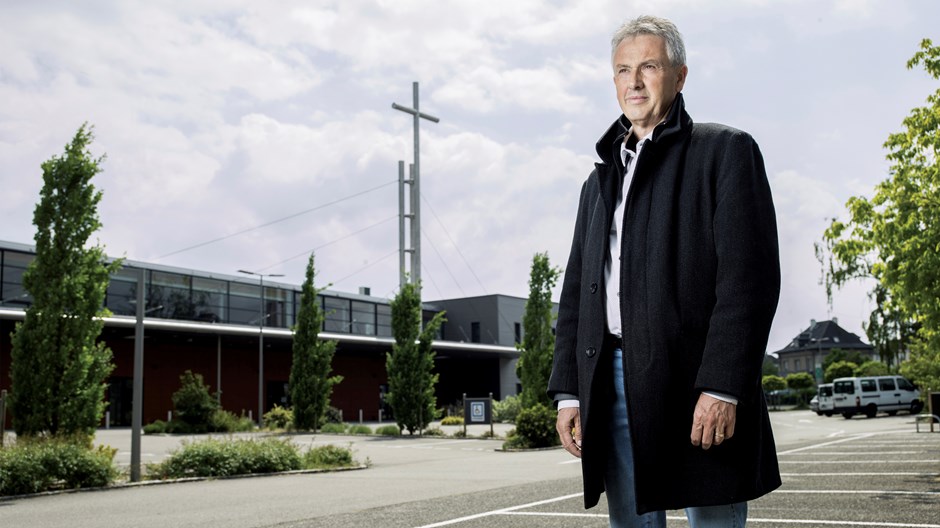 One of France’s largest megachurches gathered this fall to remember those lost to COVID-19. The memorial service was intensely personal, “a very trying time” and “a real heartbreak,” said senior pastor Samuel Peterschmitt, because of how dramatically the congregation had been affected by the virus.

Just nine months before, Eglise La Porte Ouverte Chrétienne (the Christian Open Door Church) in Mulhouse, France, held its annual worship conference, where participants prayed for the sick, celebrated miraculous healings, and praised God alongside 2,200 attendees, most from Europe but some from as far away as Africa and South America.

But the four-day event, held weeks before France’s lockdown, spurred one of the earliest coronavirus outbreaks in the region. At least 500 people from Porte Ouverte were infected, 82 were hospitalized—including Peterschmitt himself—and 32 died as a result.

The Pentecostal congregation grappled with the spiritual and physical toll of the aftermath. Worse, Porte Ouverte was quickly blamed by neighbors and the media for its supposed recklessness, though the February conference began before health directives had been made in earnest. While isolated and grieving, church members faced insults and death threats; leaders required security as they returned to the building to livestream services.

Peterschmitt, whose father founded the 54-year-old congregation in northeast France, felt the strain of doing ministry during the pandemic. From his sickbed, he prayed with his congregants over the phone, including a sister in Christ whose husband died in intensive care while she was also hospitalized. It was “meager consolation” just to be able to offer her a video feed of her husband’s funeral, filmed by another pastor.

“This tells you just how difficult the situation was,” the pastor said, “but at the same time how important our fraternal relationship was in those moments.”

Porte Ouverte will not be the same after the outbreak. Peterschmitt asked, like many in his community, why God brought this plague on their fellowship and why he spared some but not others. “My friends who died,” he said, “had a faith as strong as mine.”

As Porte Ouverte nears the end of the hardest year in its history, Peterschmitt spoke to fellow French pastor Jean-Paul Rempp, European regional director of the Lausanne Movement, about how the COVID-19 outbreak affected his church, leaving its people with a deeper understanding of God’s providence, a greater sense of humility, and a more urgent desire to seek God in their grief.

Even though you saw people healed during this conference, what were your first thoughts when you realized that some of the participants had been infected by COVID-19?

At first there was indeed a questioning as I said to the Lord, “Lord, on the one hand, we have seen your glory, and on the other hand, we have also seen your people being affected by sickness.” What is ultimately essential for me at this point is to accept that God, in his sovereignty, does not make mistakes, even when it seems to be a paradox: healing on the one hand and sickness on the other. We believe, and I deeply believe, that even this painful and difficult situation will contribute to the glory of God.

Of course, still today my thoughts go out to all the families who lost a loved one….I lost some of my friends. As brothers and sisters, we had served the Lord together for many years. I really experienced it as a real heartbreak. But at the same time, there was this consolation from the Lord in relation to the hope that we all have of seeing each other again one day.

What were the greatest challenges to ministering to sick, suffering, and quarantined people while you yourself were infected?

In the hospital, I was also on oxygen, so I was out of breath. I had members of the church who were hospitalized at the same time as me— some were on the same floor as me, others two floors down. Others were in intensive care or in the basement wards. What I did, as much as I could, was to pick up my phone. I tried to reach them. They weren’t long calls. We took the time, even very shortly, to pray for each other.

Which passages of Scripture, hymns, or spiritual disciplines were particularly helpful to you?

When I was at my lowest point, I experienced visitations from the Lord, such as I have rarely experienced in my life. Those were times when, both by his Spirit and by his Word, God spoke to my soul. He brought me to an extremely deep repentance, especially when I was reading the Psalms. The Psalms proved to be of extraordinary help. I had the feeling that David had written them for me. They had become literally personal.

And there was a song that accompanied me a lot that our American friends certainly know: Don Potter’s “Show Me Your Face.” It was a song that did me a lot of good, through which I too said, “Lord, reveal your face to me even more, show me who you are in this period when it’s like my soul has been scanned.”

In those moments, I realized that in the end, God didn’t need to say anything to me or reproach me for anything. His presence alone, well, led me to judge myself. It was his presence that brought me to look at myself and finally gave me such a conviction of sin that I said, “Is it possible that I was that man? Is it possible that I could have had those attitudes?” They were moments, paradoxically, of great sadness and at the same time of great hope. Moments of deep desolation for myself and, at the same time, moments of change in my heart and soul that I do not regret at all.

Were there times when you or your church questioned God’s plan that allowed the virus to infect your church?

Yes, of course. I think that if we hadn’t stopped to ask ourselves the question, it would have been abnormal. I started—but not only me, the pastors, and everyone in the community—to ask questions like, “But why did this happen to us? Why us?” I’m not going to tell you that I have all the answers today. I’ve seen all the change in my own heart. I expressed it earlier, and I bless God for it.

It has also brought us a lot of humility, since this infection has reminded us of God’s sovereignty—of which we were already aware before—but it has also reminded us that God acts sometimes in one way and sometimes in another. We were already aware of this, but there we were, brought together as a community to accept this reality—not by just accepting his sovereignty in the life of an individual whom we had walked with, for whom we had prayed, and who had still died anyway, but rather by accepting his sovereignty as a community. Because suddenly we are living it as a community, and we are living it on a relatively large scale. We have many of our church members who have been infected by COVID, and even a large number who have died.

One last thing I would like to say is that when I asked the Lord “Why us?” one of the answers that came to me was “But how would you have reacted if it had happened in another environment? Yes, let’s use the example if it had happened in a mosque. How would you have reacted?” Clearly, and I have to say it with sadness, I would certainly have seen or interpreted it as a judgment of God. And the Lord showed me there that in the end, we judge very quickly, especially when it happens to others.