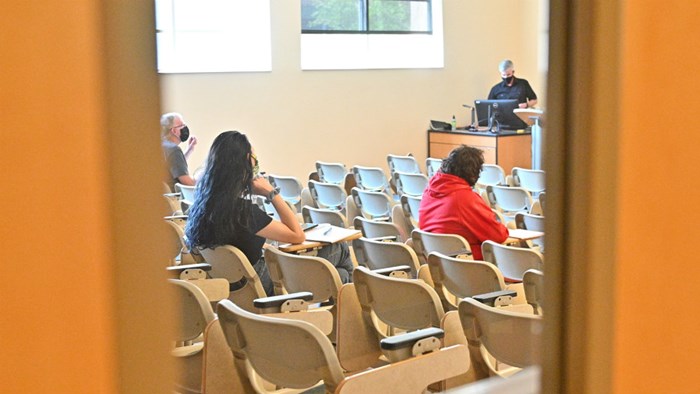 A precipitous drop in the number of international students this fall is taking its toll on evangelical Christian colleges.

The decline was less pronounced at small Christian colleges, but the absence of international students is still straining institutions in major ways.

“Every single student matters. That’s not just being trite about it. It’s significant,” said Chant Thompson, executive director of the North American Coalition for Christian Admissions Professionals. “It’s very, very impactful, even though people might say, on the whole spectrum, the international student population is not the majority.”

On average, about 4 percent of students at Council for Christian Colleges & Universities (CCCU)–associated schools come from outside the United States, according to the most recent data from the Integrated Postsecondary Education Data System. Recruiting more is often a priority.

International students, first and foremost, bring a global perspective to campus and have an impact on student life, Thompson said. Finances are a second driver. Many Christian colleges are facing challenges in enrolling students from the US, leading to revenue losses, and international students sometimes pay more than their US peers.

“It was significant,” said Caroline Maurer, director of the office of global engagement. “A decline is a decline.”

North Park University in Chicago saw a 29-person loss, counting both those on student visas and those in exchange programs from foreign universities. According to administrators, COVID-19 made it more difficult for international students to come to the US—and made them less interested in doing so.