Book Review: ‘To Bring the Good News to All Nations: Evangelical Influence on Human Rights and U.S. Foreign Relations’ by Lauren Frances Turek 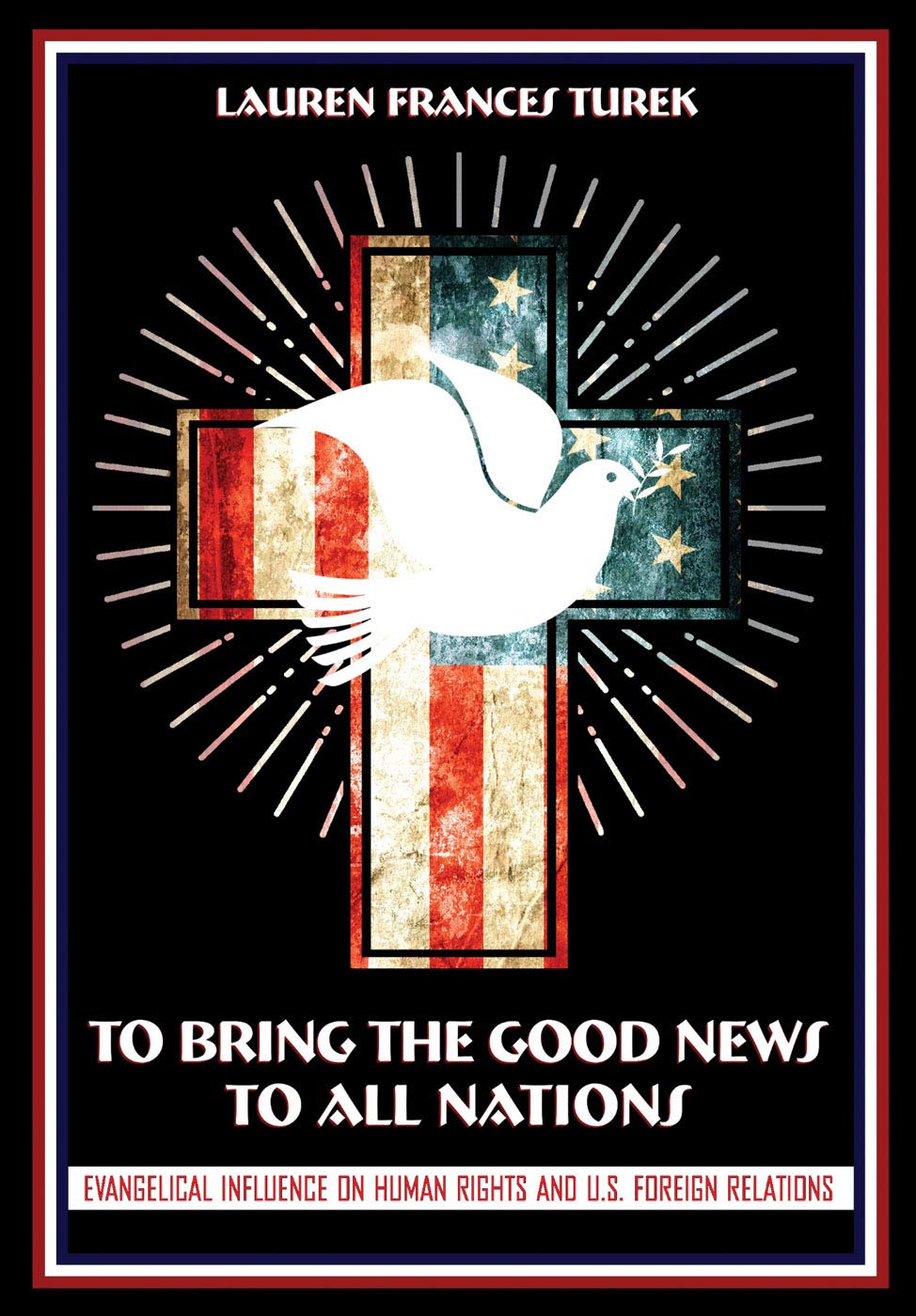 In her book To Bring the Good News to All Nations: Evangelical Influence on Human Rights and U.S. Foreign Relations, historian Lauren Frances Turek explores those preceding decades and the role evangelicals played in shaping foreign policy. Much scholarship has focused on evangelical engagement during the 1970s and ’80s on domestic issues such as abortion or the Equal Rights Amendment. And to the extent that this scholarship considers evangelicals’ foreign-policy objectives, the focus tends to fall on their support of Israel. But Turek moves beyond this framing, arguing that evangelicals advanced the cause of religious liberty as a right of all individuals because of their commitment to world evangelism.

The book is organized into two sections, with the first half setting the framework and historical context and the latter half presenting a series of case studies in three regions (Russia, Guatemala, and South Africa) for how evangelicals operated on the foreign stage. Her book illustrates the commendable work evangelicals have done to advance the cause of conscience rights throughout the world. At the same time, it serves as a cautionary tale, showing how evangelicals’ commitment to religious liberty led them to compromise the Good News by supporting authoritarian regimes guilty of human rights abuses.

To Bring the Good News to All Nations begins not with political operatives in back rooms or senators arguing from the halls of Congress but in an evangelism conference: The First International Congress on World Evangelization, held in 1974, which produced the Lausanne Covenant. In this statement, representatives of the various strands of evangelicalism (leaders as different as Billy Graham, John Stott, and René Padilla) affirmed a defense of universal religious liberty and called on the governments of the world “to guarantee freedom of thought and conscience, and freedom to practice and propagate religion in accordance with the will of God and as set forth in The Universal Declaration of Human Rights.” In the minds of those who signed the Lausanne Covenant, then, the cause of evangelism was inseparable from the fight for religious liberty. As Turek notes, they were advocating not just a narrow freedom to think or believe but a broader freedom to act on their beliefs, primarily through evangelizing others.

In subsequent decades, as evangelicals established further international ties, the global network begun at Lausanne would grow in its commitment to this cause. Missionaries from evangelical churches returned with stories of human rights abuses, which galvanized domestic support for policy intervention. Institutions such as Christianity Today and evangelical seminaries became vocal supporters of Christians living in persecuted countries, especially in the Communist bloc. And in foreign countries, local Christian leaders used their connections through the global network to increase support for their own missionary activities, including radio broadcasts into neighboring closed countries, television ministries, and church plants. The Lausanne Movement had helped create a transnational identity for evangelicals grounded in mutual support and activism.

Turek’s account of the case of the Siberian Seven illustrates the way this global identity could achieve foreign-policy objectives. The Siberian Seven were two Pentecostal families who had tried unsuccessfully to emigrate from the Soviet Union. They eventually fled to the United States embassy, where they were sheltered in the basement for several years.

When news of their plight reached America, evangelical organizations mobilized and urged the United States government to intervene. The National Religious Broadcasters regularly published stories and dispatches from the family. Evangelical human rights organizations testified at numerous congressional hearings on their behalf. And Billy Graham even visited them during a tour of Russia (though some faulted him for being insufficiently critical of the Soviet government’s abuses).

Senator Roger Jepsen, the founder of an evangelical human rights organization, argued in one of the congressional hearings, “At issue is not only the freedom of seven individuals, Mr. Chairman. As leaders of the free world, [the question is whether America will] stand up and speak out against a violation of the most basic human right—the freedom of thought and worship.” Eventually, after the intervention of President Reagan, the families were allowed to leave the Soviet Union and travel to Israel (and then to the United States). The case study demonstrates just how quickly and effectively evangelicals in America had adopted the language of human rights and honed their ability to shape policy decisions in that direction.