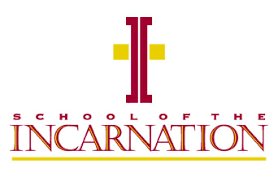 The father of a girl who said she was a boy reportedly left his job administering a Catholic school in the Archdiocese of Baltimore because of his theological disagreements with the Catholic Church.

The National Catholic Register reported this week that the father, who served as an administrator at School of the Incarnation in Gambrills, Maryland, resigned on Nov. 6, after parents of other students got upset about what they believe to be the school’s affirmation of the student’s gender identity.

Parents told other school and diocese officials that they were concerned the man had used his authority to make school officials and children call his daughter a boy.

The Archdiocese of Baltimore reportedly granted accommodations to his third-grade daughter allowing her to dress like a boy, go by a boy’s name, use gender-neutral pronouns and use a private bathroom.

The father announced his resignation on Facebook on Nov. 7, saying, “I know y’all are excited. I am too. I’m also proud and excited that I finally get to say publicly that my courageous youngest child is a transgender boy.”

The Christian Post reached out to the Archdiocese of Baltimore and the School of the Incarnation. No response was received by press time.

As of Tuesday, National Catholic Register reported that the administrator’s daughters still attend the Catholic school.

According to Catholic news outlet Church Militant, teachers and parents at the School of the Incarnation faced a high-pressure campaign from school superintendent Denise Ball and principal Nancy Baker to make them call the girl a boy. Ball allegedly threatened teachers with termination if they refused to say so. But Ball has denied claims that representatives of archdiocese pressured teachers and parents.

Archbishop William Lori said in a letter to school families that although faculty had been informed of the girl’s preferred new name, they were not under pressure to use it, according to National Catholic Register.

Principal Baker allegedly called every third-grade family to convince them to treat the girl as if she was a boy. Most children in the girl’s classes now call her a boy, the group Archdiocese of Baltimore-Parents Protecting Catholic Identity told the National Catholic Register.