There’s a devil dead: ‘Britain’s worst paedophile’ Richard Huckle was strangled with a cable and stabbed in the brain with a pen by prisoner who wanted him to ‘feel what all those children felt’, court hears 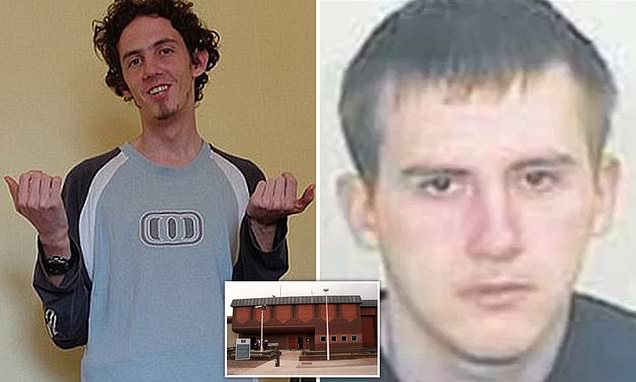 A prisoner who strangled a ‘notorious predatory paedophile’ in his cell said he would have gone on to kill other inmates but he was ‘having too much fun’, a court has heard.

Britain’s most depraved paedophile Richard Huckle was raped and strangled to death in his cell during a ‘carefully planned’ attack by fellow prisoner Paul Fitzgerald.

His 30-year-old alleged attacker wanted his victim to ‘feel what all those children felt’, Hull Crown Court was told.

Huckle was serving 22 life sentences for abusing 191 children when he was allegedly attacked in his cell by Fitzgerald.

A court today heard Fitzgerald, himself a sexual offender, strangled Huckle, 33, forced a pen up his nose into his brain and sexually assaulted him with a kitchen utensil.

Jurors were told that Huckle was murdered in a ‘prolonged attack designed to humiliate and degrade him’ at HMP Full Sutton, in East Yorkshire, in October 2019.

Prosecution barrister Alistair Neil Macdonald QC said the attack by Fitzgerald, who was jailed indefinitely in 2009 for a sex attack on a dog walker, was also ‘a form of punishment’ for the crimes Huckle had committed.