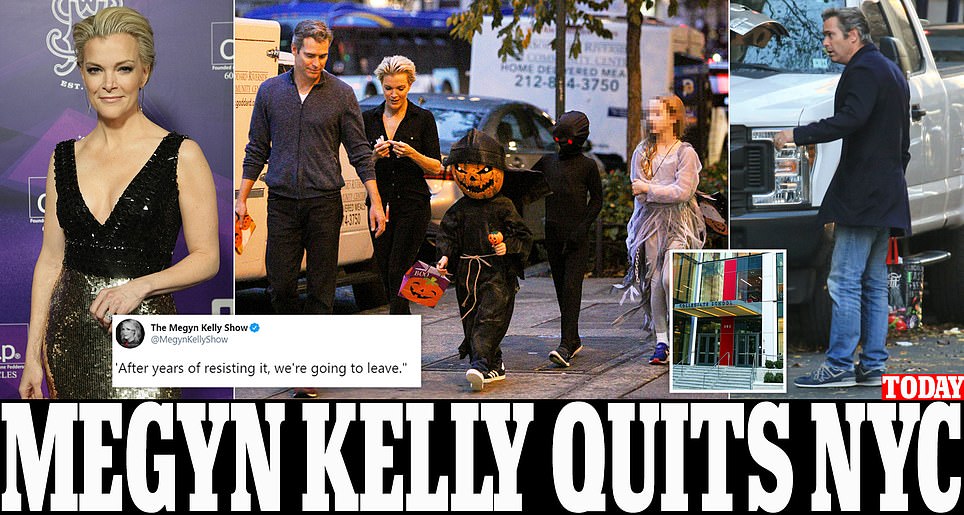 Journalist Megyn Kelly has made the decision to quit New York City and take her children out of their ‘far-left’ schools as they ‘gave gone off the deep end’ following the death of George Floyd.

Kelly revealed she snapped after a letter was sent around to faculty in her sons’ school that claimed ‘white school districts across the country [are] full of future killer cops’.

It added that ‘white kids are being indoctrinated in black death’ and are ‘left unchecked and unbothered in their schools’.

Her sons Edward, 11, and Thatcher Bray, 7, attended the Collegiate School on Manhattan’s Upper West Side.

The piece, written by Orleans Public Education Network Executive Director Nahliah Webber, was circulated among a parents’ ‘diversity group’ at her son’s school, which included Kelly, following the police-involved shooting of Floyd.

On Monday, Kelly told her podcast ‘The Megyn Kelly Show’ that she had already pulled her two sons from the $55,900-a-year private school as she accused the city of allowing ‘woke’ leftism to take over.

The former Fox and NBC host, who turned 50 this week, claimed she also planned to move her nine-year-old daughter, Yardley Evans, from her city school as the family looks to relocate away from the hyper-liberal Big Apple.