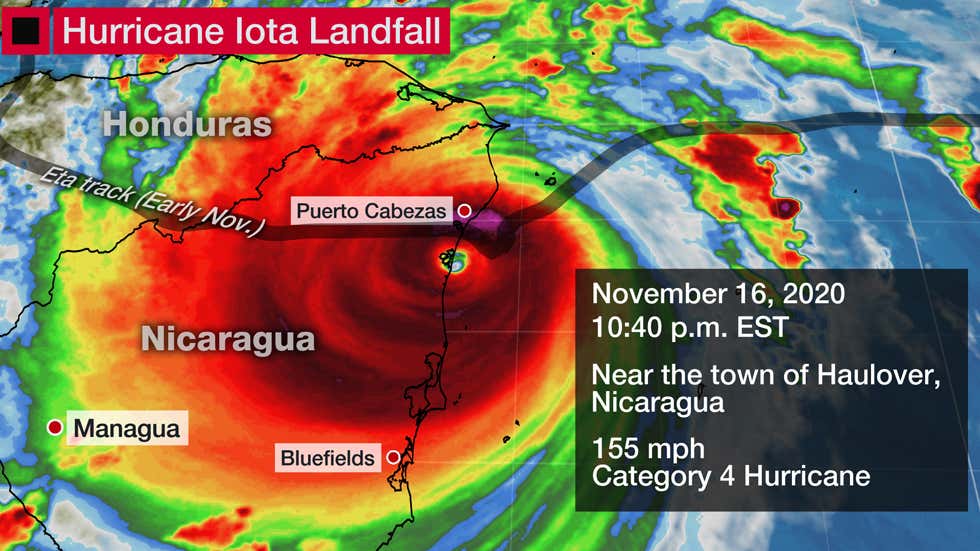 Winds of 124 mph and damaged roofs were reported in Wilbi, Nicaragua, according to the National Hurricane Center.

Video posted in social media showed roofs being ripped off some homes and buildings in Puerto Cabezas late Monday.

Flooding rainfall and mudslides are the biggest dangers for Central America now that Iota is weakening as it moves farther inland, including in areas that were devastated by Eta’s heavy rain earlier this month.