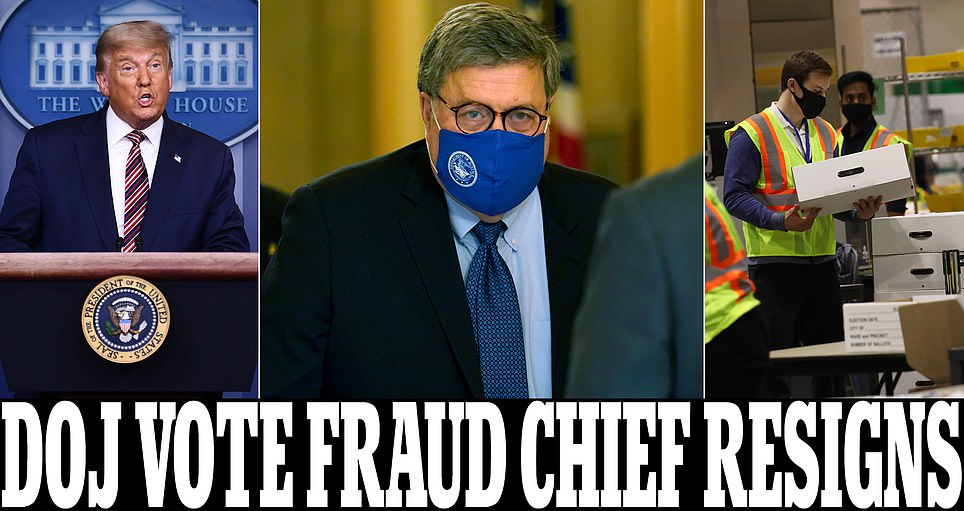 Richard Pilger, director of the Election Crimes Branch of the Department of Justice submitted his resignation shortly after his boss, Attorney General William Barr, announced that he was authorizing federal prosecutors to investigate election irregularities – a move which would delight Donald Trump. Barr’s move angered legal experts, who pointed out that any issues around voting are handled at the state level and should not be considered a federal matter. Several analysts said that Barr was at serious risk of dragging the Department of Justice into a highly partisan electoral war, waged through the courts. Pilger, whose 25-year career has been devoted to election crimes and public corruption, told his colleagues in an email on Monday evening that he was quitting in protest, in a sign of how worried many within the legal community are at Barr’s unprecedented behavior.