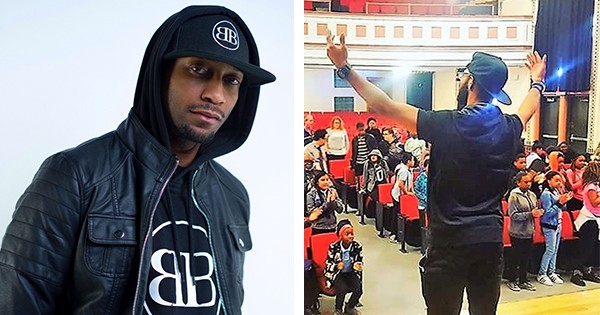 Meet Brad Butler II, also known as “B-Rad Inspires”, the former Special Ed student that was told he could never go to college. Now, he is an award-winning motivational speaker, author, student advocate, and success coach. As CEO and founder of his own company, Brad’s mission is to help educators increase the graduation rate for students and athletes with keynote speeches and professional development.

Before Brad became all that he is today, he spent many of his years fighting to overcome adversity. He struggled with his parents’ substance abuse, academic struggles, and countless amounts of naysayers. Despite everything, Brad managed to find solace in sports like football. His moments on the field are what inspired his close friends and family to coin the nickname B-Rad. At the tender age of eight, Brad experienced an unexpected transition that changed the course of his life forever!

Due to his parent’s decision to separate, he was forced to relocate from the inner city Jersey City to the suburban area of East Windsor as a result of this sudden change Brad found himself placed in special Ed classes. During this challenging time, it was through playing the game of football that he built muscle, gained stamina, and developed character. From elementary school all the way to college, Brad continued his athletic career which he believes contributed significantly to his academic success. Now, Brad is beyond proud to say that he has graduated from Mercer County Community College with his associates in Fine Arts and a Bachelor’s degree in Business Management from Kean University.