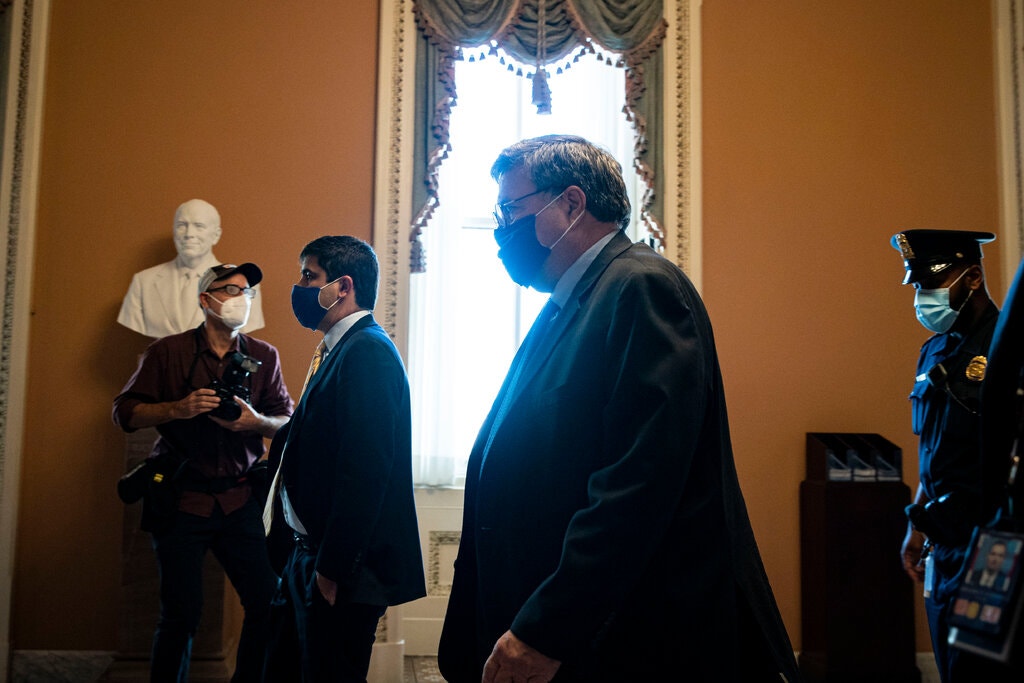 WASHINGTON — Attorney General William P. Barr, wading into President Trump’s unfounded accusations of widespread election irregularities, told federal prosecutors on Monday that they were allowed to investigate “specific allegations” of voter fraud before the results of the presidential race are certified.

Mr. Barr’s authorization prompted the Justice Department official who oversees investigations of voter fraud, Richard Pilger, to step down from the post within hours, according to an email Mr. Pilger sent to colleagues that was obtained by The New York Times.

Mr. Barr said he had authorized “specific instances” of investigative steps in some cases. He made clear in a carefully worded memo that prosecutors had the authority to investigate, but he warned that “specious, speculative, fanciful or far-fetched claims should not be a basis for initiating federal inquiries.”

Mr. Barr’s directive ignored the Justice Department’s longstanding policies intended to keep law enforcement from affecting the outcome of an election. And it followed a move weeks before the election in which the department lifted a prohibition on voter fraud investigations before an election.

“Given that voting in our current elections has now concluded, I authorize you to pursue substantial allegations of voting and vote tabulation irregularities prior to the certification of elections in your jurisdictions,” Mr. Barr wrote.

A Justice Department official said that Mr. Barr had authorized scrutiny of allegations about ineligible voters in Nevada and backdated mail-in ballots Pennsylvania. Republicans have circulated both claims in recent days without any evidence emerging to back them.

Mr. Barr did not write the memo at the direction of Mr. Trump, the White House or any Republican lawmakers, the official said.

Mr. Barr has privately told department officials in the days since the election that any disputes should be resolved in court by the campaigns themselves, according to three people briefed on the conversations. He has said that he did not see massive fraud, and that most of the allegations of voter fraud were related to individual instances that did not point to a larger systemic problem, the people said.

But critics of Mr. Barr immediately condemned the memo as a political act that undermined the Justice Department’s typical independence from the White House.

“It would be problematic enough if Barr were reversing longstanding Justice Department guidance because of significant, substantiated claims of misconduct — that could presumably be handled at the local and state level,” said Stephen I. Vladeck, a professor at the University of Texas School of Law.