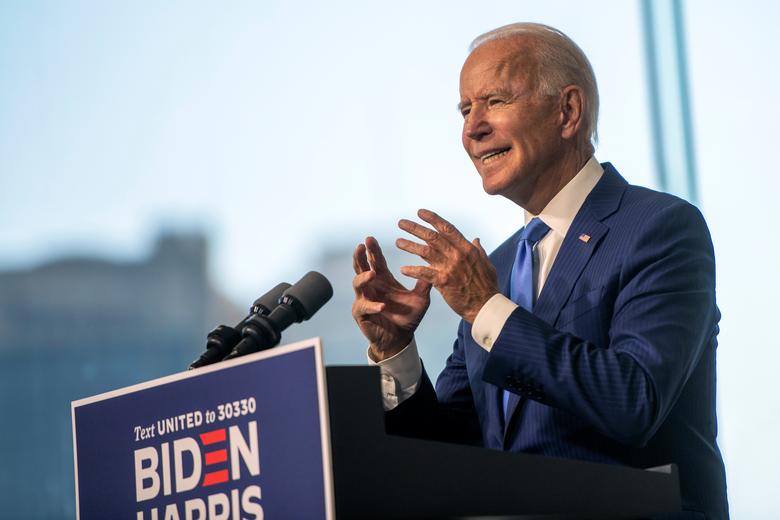 The Associated Press called the race for Biden Saturday morning, followed by network news outlet ABC, NBC, and CNN. The Fox News Decision Desk also projected that Biden will win the state of Nevada and the commonwealth of Pennsylvania, giving him more than the 270 Electoral College votes needed to win the presidency.

“BREAKING: @KamalaHarris just made history as the first woman, first Black woman, and first Asian American woman elected as vice president! She’s always been a champion of reproductive freedom, and we can’t wait to have her fighting for all of us. #ReproFreedomVoter,” NARAL posted on Twitter Saturday afternoon.

Alexis McGill Johnson, president and CEO of Planned Parenthood Action Fund, also celebrated the news, writing on Twitter: With the election of @JoeBiden and @KamalaHarris, America will be in the hands of leaders who are committed to advancing and expanding reproductive rights. We at @PPact are thrilled to see them elected and will be ready to work with them on day one.”

The pro-life group National Right to Life noted in a statement to The Christian Post on Saturday that both Biden and Harris were endorsed by NARAL and Planned Parenthood, the largest abortion business in the nation.

“In their release endorsing former Vice President Joe Biden, NARAL pointed out that a Biden/Harris presidency would ‘expand access’ to abortion. Biden would be the abortion president. He has pledged to promote abortion on demand and reverse pro-life laws and policies,” National Right to Life said.