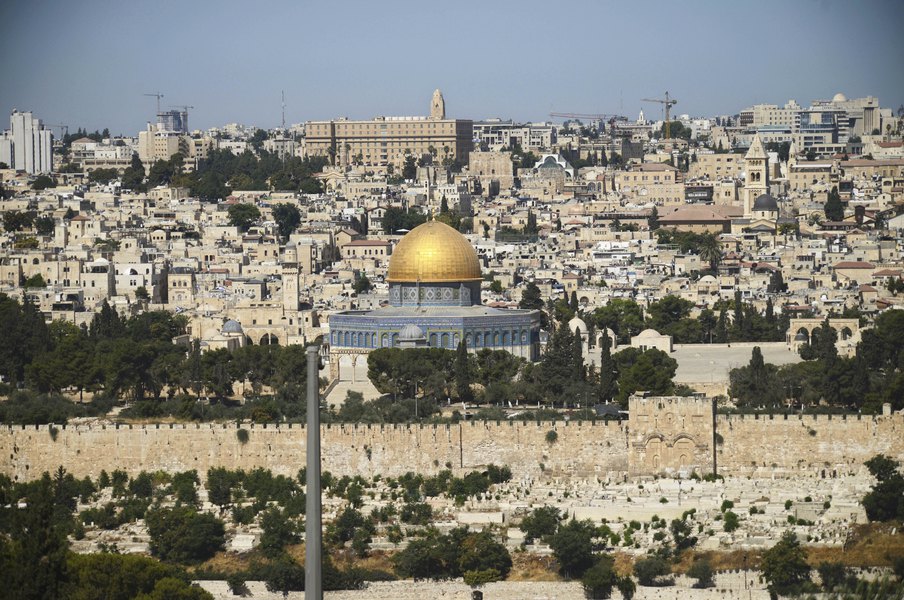 Some 138 United Nations countries approved a draft resolution that spoke of the Temple Mount solely as an Islamic holy site, by referencing it only by its Muslim name of al-Haram al-Sharif.

It was one of seven pro-Palestinian, anti-Israel resolutions that the UN General Assembly’s Fourth Committee in New York passed on Wednesday.

The resolution was titled, “Israeli practices affecting the human rights of the Palestinian people in the Occupied Palestinian Territory, including east Jerusalem.”

The text did affirm the connection between Jerusalem and three monotheistic religions: Judaism, Christianity and Islam. Still the reference in the text to the Temple Mount, the location of the ancient Jewish Temple and the most holy site in Judaism, solely by its Muslim name is viewed as an attempt by UN member states to delegitimize and erase that well known history.

Israel’s Ambassador to the UN Gilad Erdan called the passage of the text “a disgrace.” He added, “No resolution passed here will change the eternal connection between the Jewish people and the holiest site of our faith – Har HaBayit, the Temple Mount,” Erdan said.

“For years, the Palestinians have promoted language that includes only the Muslim term of “Haram al-Sharif” and purposely excludes the Jewish name – Temple Mount,” he said.

Nine countries, including Israel, voted against the resolution. These were: Australia, Canada, Guatemala, Hungary, Marshall Islands, Micronesia, Nauru and the United States.

Hungary’s opposition marked a dramatic change in policy for the country. Last year it supported the text, which similarly had the al-Haram, al-Sharif reference.

Sixteen countries in total abstained this year, compared to 13 last year. Austria, the Czech Republic, Sao Tome Principe, Serbia, Slovakia and Uruguay, which supported the resolution last year were among them. As was Malawi, which was absent from the vote last year. Papua New Guinea, which had opposed the text last year, softened its stance this year and abstained.

The other countries that abstained this year were: Belarus, Cameroon, Colombia, Honduras, Kiribati, Solomon Islands, Togo, Uruguay and Vanuatu.

Overall, the number of countries that support the text also dropped from 157 countries last year.

Passage of the UN resolution took place as the Trump administration has increased its efforts to underscore Israel’s link to Jerusalem, which is the capital of the modern state of Israel. This has included pushing UN member states to relocate their embassies from Tel Aviv to Jerusalem, as a sign of affirmation that Jerusalem is Israel’s capital, something that most of the international community is loath to recognize. To date only the United States and Guatemala have moved their embassies to Jerusalem, but a number of others have promised to do so, such as Honduras, the Czech Republic, Brazil, Kosovo, Serbia and Malawi.