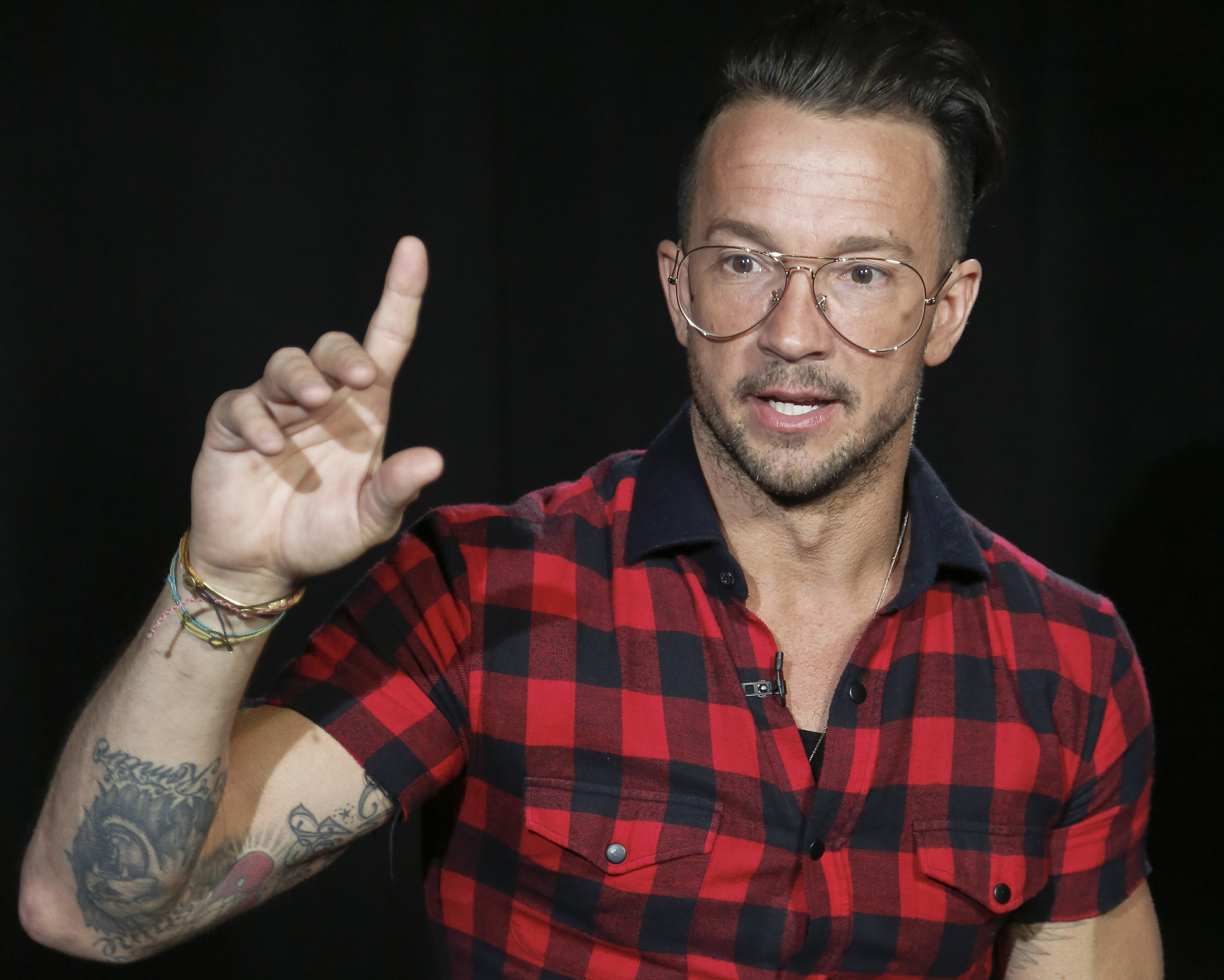 Hi and welcome back! Let’s make a quick segue that is surprisingly not too off-topic. Yesterday, Hillsong, a massive international megachurch complex, fired one of their lead pastors, Carl Lentz. They cited ‘moral failures’ as the reason for Lentz’ firing. The moment most of us heard that phrase, of course, we knew what it meant. And indeed, Lentz confirmed that suspicion in a follow-up Instagram post. Today, let’s check out the scandal and see where Carl Lentz laid his blame — because of course he did lay blame.

Yesterday, Religion News broke a story that’s all too familiar in evangelicalism: Carl Lentz, the celebrity pastor of a huge megachurch called Hillsong NYC, got his ass fired for “moral failures.”

Hillsong isn’t just a huge megachurch. Founded by Brian Houston in the mid-1980s, it’s now a multi-campus, international church based out of Sydney, Australia. Most normies know about them through their many albums of evangelical worship music. La Wiki calls these guys charismatic Word of Faith Christians, meaning its members speak in tongues, subscribe to the standard-issue evangelical doctrines, entitlement mentality, and culture wars, and proudly count themselves among that name-it-and-claim-it crowd.

(The Toronto Blessing was largely a Word of Faith movement. King daddy grifters Kenneth Copeland and Rodney Howard-Browne are some of this movement’s big names.)

Almost from the start, Hillsong’s faced controversies — mostly over its leaders’ hypocrisy being exposed. The big one involves the founder’s father, Frank Houston, himself a pastor. Frank Houston abused a whole bunch of little boys over decades — and when Brian Houston found out, he did not report the abuse to authorities. In fact, a subsequent investigation revealed that Brian Houston helped his dad cover up the crimes to a creepy and weird extent.

Back in 2010, Carl Lentz co-founded Hillsong Church East Coast, or Hillsong NYC, in New York City as a branch of the megachurch. He made news almost immediately as the super-duper-fashionable pastor of a flock that increasingly absorbed big-name celebrities. Around 2014, he made big news when he bagged and baptized Justin Bieber into his flock. Naturally, Bieber had nothing but compliments to shower upon his beloved pastor.

By 2017, GQ was writing about this new church pastor and his style evolution, contrasting it with his 2015 style message of “I love god . . . Also, I ****.” Two years later, Lentz still stayed abreast of men’s fashion, but his wardrobe began to look increasingly high-status — and weirdly imitative of Bieber himself.

Lentz juggled the usual blend of weird evangelical priorities — he supports Black Lives Matter (BLM), but he and Hillsong Church both suffer the usual evangelical bigotry about LGBT rights. Like most megapastors, it seems to me like his real priority was muddling along, avoiding any controversial statement that’d turn off his high-rolling flock — and close their wallets.

And then yesterday, abruptly, the megachurch’s mother ship fired Lentz for the usual expected reasons:

This action has been taken following ongoing discussions in relation to leadership issues and breaches of trust, plus a recent revelation of moral failures.

When I heard this news, the first thing I thought, seriously, was: Oh, okay. Dude either got caught or confessed to cheating on his wife.

The next day, today, Carl Lentz admitted as such on Instagram — while setting about laying the blame for his transgression.

He’d Do Anything… But He Wouldn’t Do That.

Apparently jetting around with superstar celebrities takes a toll on a man of go(l)d. On his Instagram account, he wrote with all the wisdom of hindsight:

Leading this church has been an honor in every sense of the word and it is impossible to articulate how much we have loved and will always love the amazing people in this church. When you accept the calling of being a pastor, you must live in such a way that it honors the mandate. That it honors the church, and that it honors God. When that does not happen, a change needs to be made and has been made in this case to ensure that standard is upheld.

I mean, sure, Lentz loved leading Hillsong NYC. Just, he didn’t love it enough to maintain the expected code of behavior for a pastor. He continues:

Laura and I and our amazing children have given all that we have to serve and build this church . . .

Oof. He gave everything, y’all. Everything. He poured himself out so much that he didn’t maintain the self-care needed to not cheat on his wife and destroy his own career. Self-care! It’s not just avocado toast and fancy coffee and a day in binging Netflix series.

But why oh why would he do this terrible thing?

[O]ver the years I did not do an adequate job of protecting my own spirit, refilling my own soul and reaching out for the readily available help that is available. When you lead out of an empty place, you make choices that have real and painful consequences. I was unfaithful in my marriage, the most important relationship in my life and held accountable for that. This failure is on me, and me alone and I take full responsibility for my actions.

So for at least some unspecified amount of time, Carl Lentz led “out of an empty place.” I wonder if anyone’s concerned about his leadership decisions during that time? What other disastrous decisions did he make?

I mean, I’m glad Lentz at least says he takes responsibility for his choice to cheat on his wife and says the failure’s completely on him. But he’s still blaming his job for making him so stressed out that cheating was the option he chose. Gotta wonder how many of the estimated 600,000 clergy in the United States are also really stressed out by their jobs but don’t cheat on their spouses.

Nor does Lentz address the allegations Hillsong Church made about his overall behavior.

Hillsong cited “leadership issues and breaches of trust” as an ongoing concern that had already jeopardized Lentz’ position. In fact, the firing only happened after the “recent revelation of moral failures.” If all you had to go by here was Lentz’ own Instagram confession, you’d think that the only reason Hillsong fired him was his infidelity.

(I wonder how much trickle truthing he did before the full extent of his betrayal came into focus?)

The Two Sides of the Pastoring Coin.

The cruel realities of evangelical pastoring, as a job, come into play here.

First, it is a really tough gig. And it’s only gotten worse in recent years. Christianity’s decline has devastated churches across the country — emptying coffers and pews without mercy. Pastors have seen their incomes dwindle accordingly — and as staff must be cut and budgets kept in balance, more and more of the work of a church falls on them. At the same time, evangelicals mistreat their pastors to a cruel extent whenever they can. Pastors’ families complain heartily about that mistreatment, but nothing ever changes except to get worse.

Second, that saying about power corrupting people becomes more and more true with rising levels of authoritarianism. Thus, the more power an evangelical pastor holds, the worse he abuses that power. Evangelical pastors in particular possess a great deal of personal power. Unfortunately, most of them are simply not qualified to hold it. They get into these top positions through networking more than they do through  demonstrated skill and competency.

Carl Lentz illustrates that truth more clearly than most of that lot do, since it sounds like he got his plum job leading Hillsong NYC right after finishing his pastor training at a Hillsong-run religious college in Sydney. We’ve seen a number of other pastors who came into big power very quickly, only to fall in very similar ways. The ones who haven’t been hit with rumors and scandals — yet — tend to misuse their power in other ways.