National security nightmare of Hunter Biden’s abandoned laptop containing phone numbers for the Clintons, Secret Service officers and most of the Obama cabinet plus his sex and drug addictions – all secured by the password Hunter02 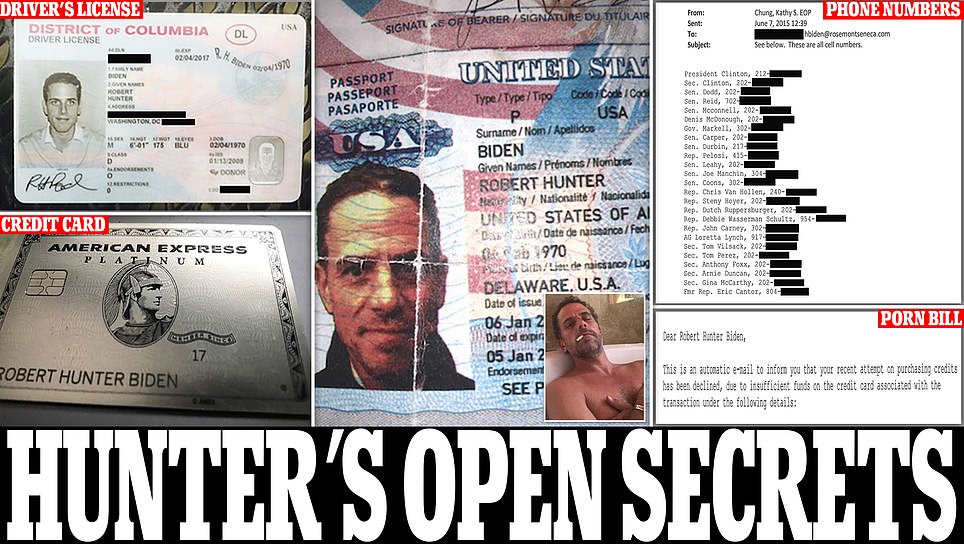 The son of the man expected to be America’s next President abandoned a laptop containing a treasure trove of top-secret material, including his father’s private emails and mobile phone numbers, The Mail on Sunday can reveal. In an astonishing lapse, Hunter Biden chose to protect his MacBook Pro computer – crammed with what an IT expert last night described as a ‘national security nightmare’ and ‘classic blackmail material’ – with a single, simple password: Hunter02. Remarkably, the 50-year-old businessman and self-confessed drug addict took the machine to a back-street IT store in Delaware in April 2019 to get it repaired – yet never returned to collect it. Its existence was revealed by the New York Post last month, but the staggering scale and sensitivity of its contents – easily accessible to a hacker with a modicum of skill – is only revealed for the first time today.