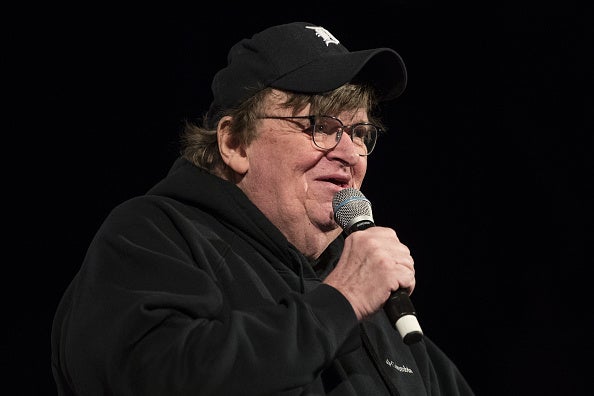 Filmmaker Michael Moore said on Thursday that he was wary of polls for the 2020 presidential election which show Donald Trump trailing in the race behind Democratic nominee Joe Biden.

Moore warned that the Trump vote is “always being undercounted” because his supporters are suspicious of the so-called “deep state”.

“It’s awful news that Biden is ahead by seven points in Michigan and I have to fight against this constantly,” said the documentary filmmaker while appearing on Hill.TV.

Moore pointed to a poll from July in Michigan that showed the Democratic challenger leading Mr Trump by 16 points. The 66-year-old filmmaker noted that since then the president has cut that lead in half, suggesting this was the best way to estimate Mr Biden’s support.

“Listen, don’t believe these polls, first of all. And second of all, the Trump vote is always being undercounted. Pollsters when they actually call a real Trump voter, the Trump voter is very suspicious of the ‘deep state’ calling them and asking them who they are voting for,” Moore said.

“It’s all fake news to them, remember. It’s not an accurate count,” the filmmaker said. “I think the safe thing to do, this is not scientific… whatever they’re saying the Biden lead is, cut it in half, right now, in your head. Cut it in half, and now you’re within the four-point margin of error,” Moore shared, “That’s how desperately close this is.