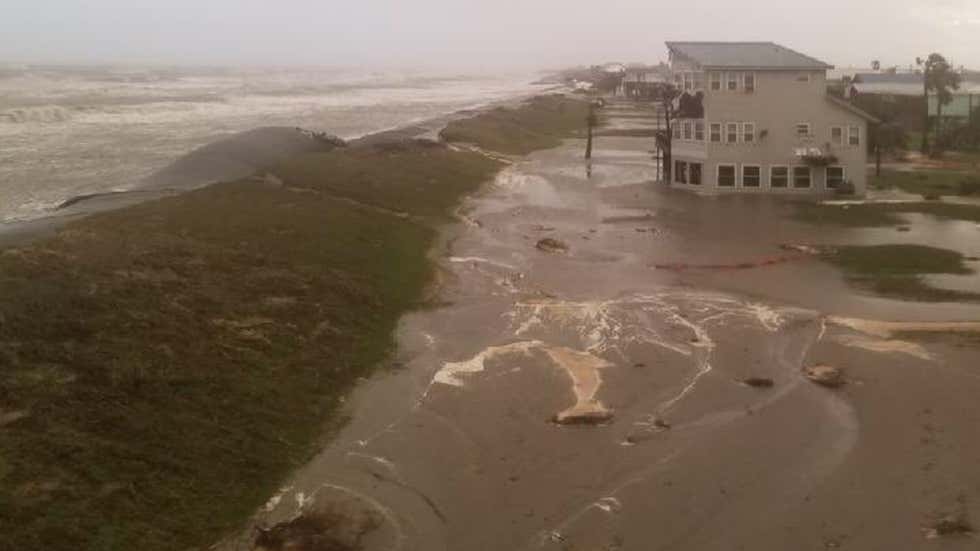 Zeta, which came ashore Wednesday in Louisiana as strong Category 2 hurricane, weakened to a tropical storm as it roared northeast through Mississippi, Alabama and Georgia early Thursday.

The storm ripped off roofs, knocked down power lines and trees and flooded streets near New Orleans where it came ashore. Storm surge flooded communities along the northern Gulf Coast. As the hurricane moved farther inland, trees and power lines fell in Mississippi, Alabama and Georgia.

By 7 a.m. Thursday, nearly 2 million homes and business were without power across five states, according to power outage.us. Louisiana and Georgia had the most with 510,000 and 896,000 outages, respectively.

At least two people died in the storm. In Louisiana, a 55-year-old man was electrocuted by low-hanging power lines in New Orleans. In Mississippi, an Alabama man taking video of the storm in Biloxi drowned at a marina, the Sun Herald reported.

The storm made landfall about 4 p.m. CDT near Cocodrie in Terrebonne Parish and moved over New Orleans with howling winds and driving rain. Here’s a look at some of the impacts of the storm state by state.

Louisiana
One person was taken to the hospital after a roof collapsed on a building in New Orleans, The Advocate reported. The lights went out on Bourbon Street.

Video on WDSU from Grand Isle, a barrier island in Jefferson Parish, showed large homes with their roofs torn off, a crumpled gas station canopy and downed utility poles and wires.

“We’re really getting beat. We’re looking at wind over 100 (mph) for sure,” Grand Isle Mayor David Camardelle said in an interview with WDSU as Zeta’s eyewall moved over the island.

The Jefferson Parish government posted a image on Twitter showing three breaches in Grand Isle’s levee, known as the “burrito levee” because it’s a large roll of plastic filled with sand. The levee was severely damaged by Cristobal at the beginning of the hurricane season and work continued through the summer to shore it up.

In St. Bernard Parish, the Chalmette Ferry broke free from its mooring and was lodged under a dock at Chalmette Refining, WDSU reported.

“We have multiple reports of people in distress with their roofs being blown off,” McInnis said. “We’re going to get out there as soon as we can.”

“Please stay home and off roadways and highways until first responders can assess road conditions,” the parish emergency management office said in a Facebook post.

The Lafourche Parish Sheriff’s Office, just to the east of where Zeta came ashore, said similar reports were coming in there. Public Information Officer Brennan Matherne shared video from the sheriff that showed a large boat washed on to a highway.