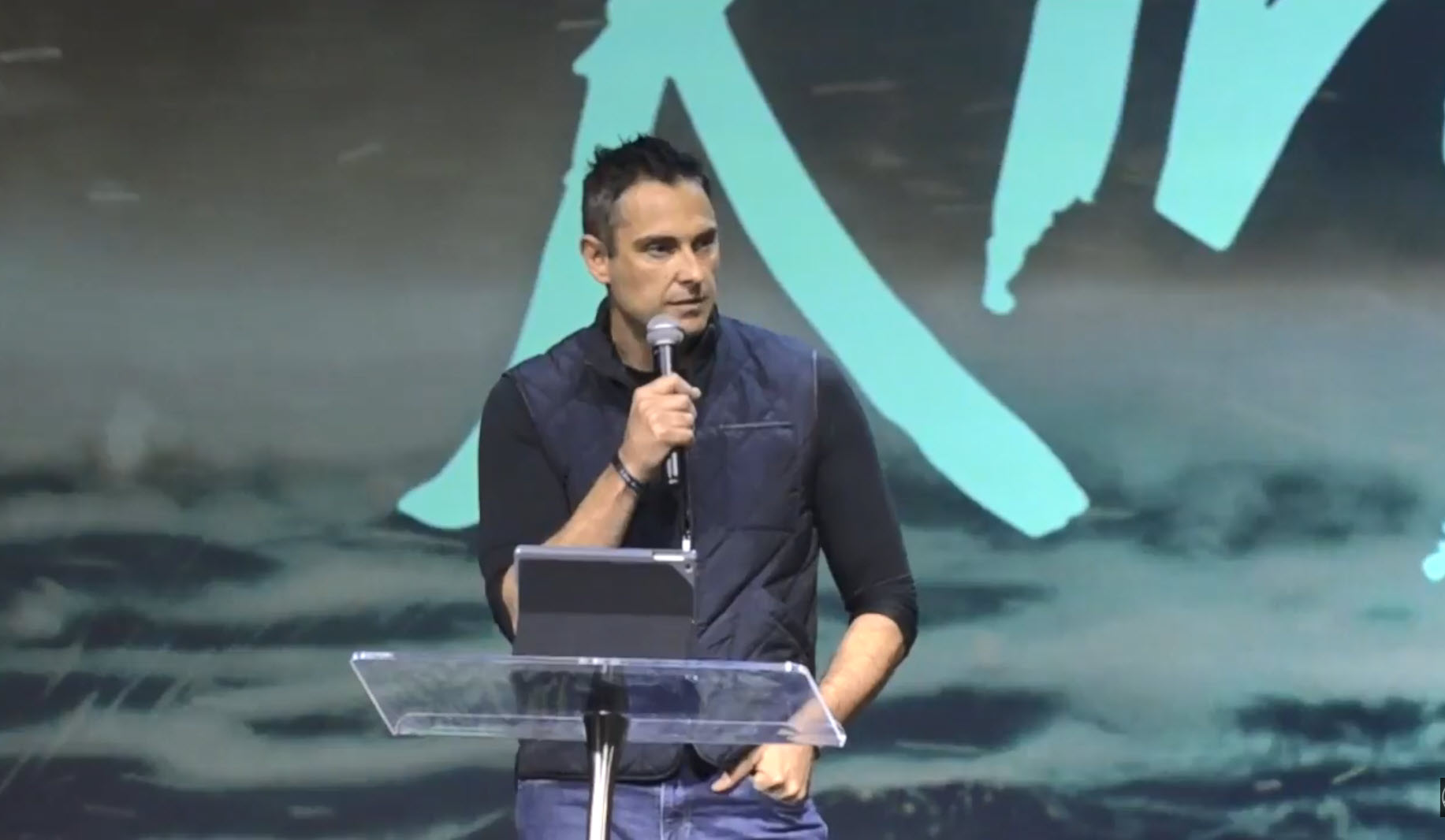 The North Carolina pastor accused of urinating on a Delta airline passenger two weeks ago has been identified, authorities said Tuesday.

Pastor Accused of Urinating on Passenger Identified as Daniel Chalmers of Love Winshttps://t.co/RmMzSEmNnE

Daniel Chalmers was arrested by the Wayne Metro Airport police in Detroit after the Delta flight landed at the Detroit Metro Airport on Oct. 12, according to a police report.

The Wayne County Airport Authority provided the police report Tuesday to the Winston-Salem Journal in response to a Freedom of Information Act request.

Chalmers’ age, hometown and cellphone number were redacted in the report obtained by the Journal.

Alicia Beverly, the passenger, told police that she was sleeping at 2:45 a.m. aboard the plane when she felt someone standing over her, according to the report.

“So I woke up and looked to my right and seen this guy standing next to me,” Beverly said in her statement to police. “Shortly after I started to feel something warm and I jumped and screamed … and that’s when I felt my skirt was wet.”

Afterward, a flight attendant moved Beverly to another seat, the report said.

Wayne Metro Airport police boarded the plane after landed and they spoke to Beverly and Chalmers. Beverly told the officers that Chalmers urinated on her.

Chalmers initially denied the accusation, saying “I didn’t do it,” according to the report.

When the officer asked Chalmers what he didn’t do, Chalmers said, “Whatever it is she is accusing me of, I didn’t do it.”

Chalmers later told the officer that, “I’m a pastor, and that is out of my character and I didn’t do it,” the report said.

Chalmers then asked officer if there was any evidence that he urinated on Beverly, and the officer told Chalmers that Beverly’s clothing was covered in urine and her seat was wet, the report said.

The officer also wrote in the report that he saw a wet spot on Chalmers’ shorts.

As officers escorted Chalmers off the aircraft, he told the plane’s captain that he intended to sue Delta Airlines for defamation of character for its treatment of him, the report said.

An FBI agent later issued a ticket or a federal court violation notice to Chalmers, and Chalmers was released from custody, the report said.

Multiple media reports identify Chalmers as a pastor who leads Love Wins Ministries in Raleigh and a staff member at Catch the Fire Raleigh-Durham church. 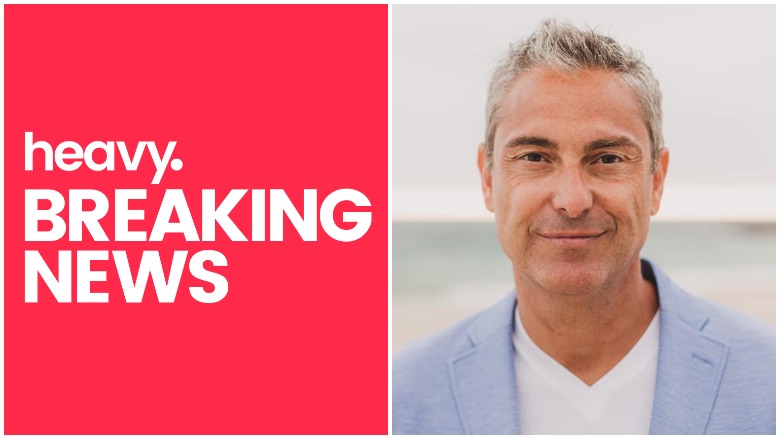 Daniel Chalmers was identified on Tuesday as the North Carolina pastor who was caught urinating on a plane passenger earlier in October. Chalmers, 46, was arrested by the Wayne Metro Airport police after the Delta flight landed at Detroit Metro Airport on October 12, and the police report of the arrest was provided Tuesday to the Winston-Salem Journal.

Chalmers is the founder of his ministry, Love Wins Ministry, in Raleigh and is also on staff at Catch the Fire Raleigh-Durham, according to his bio. The NC Beat also obtained a copy of the redacted police report and reported that Chalmers received a citation for a simple assault and was released from custody. His court date has not yet been provided.

Chalmers is married to the co-founder of Love Wins Ministries. According to his wife’s bio, the couple has two daughters and lives in Raleigh, North Carolina. Chalmers has not issued a public statement about the incident since he was identified.

After the incident occurred, Delta passenger Alicia Beverly came forward to share what happened. She told Fox 2 Detroit that she was on a red-eye flight from Las Vegas to Detroit when she was woken up. “I jump up and I see his private area out and I screamed, and that woke everybody up,” Beverly told the outlet. “By that time, I actually looked at him and I see him shake himself off, and I’m like, this man just peed on me! I looked and there was a puddle of pee in the seats.”

Beverly’s account of what happened is also in the police report of the incident, shared by the NC Beat. The report states that an off-duty police officer who was on the plane noticed Chalmers at 2:44 a.m. as the pastor got up from his seat and walked to the back of the plane in his socks. The off-duty officer reported that it was only seconds later that he heard a woman screaming from the back of the plane and when he looked back he saw Chalmers standing over Beverly.

Chalmers told police that he hadn’t been drinking, although the off-duty officer said he could smell alcohol and Chalmers’ eyes appeared bloodshot, the police report states. In the follow-up investigation after the plane landed, Chalmers told officers he’d had a couple of drinks and taken some medication, NC Beat wrote.

According to the police report shared by NC Beat, Beverly was moved to another seat for the rest of the flight. However, as she told Fox 2, she had to sit in her soaked clothes for the remainder of the flight and said she was feeling anxiety over the incident: “I left work yesterday because I couldn’t stay, but I had to tell them why I needed to leave. It was a lot. My anxiety was really high literally. Since then I have only gotten four hours of sleep.”

Chalmers has a background in acting, according to his biography on Love Wins Ministries. His bio reads, “After serving for years at Church in the Son by loving fatherless and special needs children, taking men through inner healing and deliverance, and preaching the gospel on the streets, God sent Danny to Bethel School of Supernatural Ministry.”

Love Wins Ministry, run by Chalmers and his wife, is described on its website as “Over 15 years of itinerant ministry in over 35 nations.” The site states that they produce films to help poor and at-risk children all over the world and provide resources and coaching to help others. They have a series of inspirational and motivational videos posted to their website.

Police name NC pastor accused of urinating on female plane passenger. ‘He peed on me!’

Detroit airport police have identified the North Carolina pastor accused of peeing on a passenger who let out “a blood curdling scream” as being from Raleigh.

Daniel Chalmers acknowledged having “a couple of drinks” before the Oct. 12 flight departed Las Vegas for Detroit, and that he was taking “prescribed medicine,” according to a police report released late Monday to The Charlotte Observer and other news outlets.

Police emailed the report in response to Freedom of Information Act requests filed by the Observer and other outlets.

Chalmers and his wife, Shara Lea Chalmers, lead Love Wins Ministries in Raleigh. Chalmers also is on staff at Catch the Fire Raleigh-Durham church, according to his bio on lovewinsministries.com.

Chalmers did not reply to phone and email messages from the Observer on Tuesday.

Chalmers’ eyes were bloodshot and he smelled of alcohol after officers detained him after the flight, according to the police report. “Chalmers also stated he took an (word redacted) before he left from Vegas.”

According to the police report, the victim “woke up feeling something warm on her body and when she looked up to her right, she observed Mr. Chalmers standing next to her shaking his exposed penis. (She) stated that she then noticed that Mr. Chalmers urinated on her and she started screaming.”

A police officer who happened to be in the emergency row said he asked the victim what happened, and she replied: “He peed on me!,” according to the police report.

“I then asked Chalmers: “What did you do?” and he replied, “I peed on her, I thought I was going to the bathroom,” the officer said in the report.

The incident occurred at 2:44 a.m., and most passengers were asleep, police said.

The victim, a 28-year-old Detroit woman, told WJBK-TV, the Detroit FOX affiliate, that she was asleep beside her sister when she “felt something warm,” woke up, saw the man’s private area and screamed.

Chalmers later denied peeing on anyone, according to the police report. “Whatever it is she is accusing me of, I didn’t do it,” an officer said Chalmers told him. “When I advised him of what it was the victim was accusing him of, Chalmers replied “I’m a pastor, that is out of my character and I didn’t do it.”

As officers escorted Chalmers off the plane, they said he told the captain of the plane that he would sue Delta Airlines “for defamation of character for their treatment of him,” according to the police report.

Before police released the report, rumors abounded about which NC pastor had been accused in the case.

Evangelist Will Graham took to Twitter on Friday to bat down gossip that he was the pastor, the Observer previously reported.

Officers with the Wayne County Airport Authority in Detroit initially responded to the report of a disorderly passenger on the inbound flight, authority spokeswoman Erica Donerson previously told The Charlotte Observer.

Police referred the case to the FBI, she said. The FBI typically handles investigations into incidents that occur during flights in the U.S.

The man was issued a court appearance for misdemeanor assault and released, Mara Schneider, spokeswoman for the FBI office in Detroit, told the Observer last week.