Why This Protestant Evangelical Converted to Catholicism (Part 2) 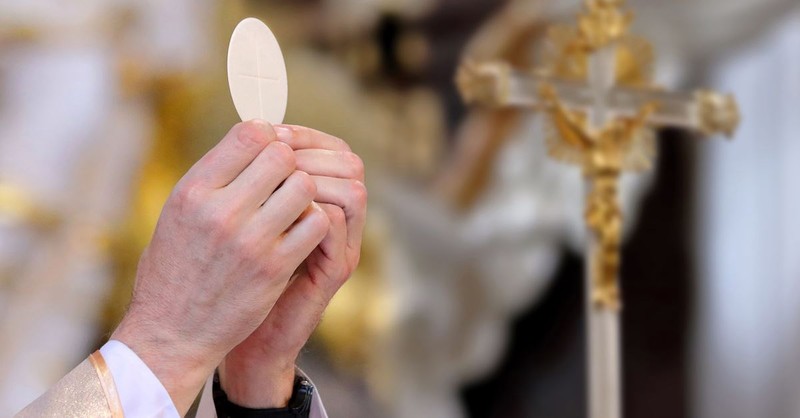 Editor’s note: This two-part series explores why some evangelicals have chosen to convert to other branches of Christianity, namely Eastern Orthodoxy and Catholicism. Read part 1 here.

The first time Jon Schweppe remembers palpably experiencing the manifest presence of God was at a Roman Catholic mass, in what proved to be an unusual yet ultimately irresistible divine encounter.

For the 32-year-old Midwesterner turned D.C.-area policy director for the American Principles Project, faith was something that his family always took seriously, particularly as his father was a pastor in the Evangelical Lutheran Church in America. His dad was a theologically orthodox minister in an otherwise liberal mainline denomination.

He called his upbringing in this particular faith “a liturgical tradition with really good hymns,” in an interview with The Christian Post as part of a two-part series about former evangelical Protestants who, instead of leaving faith behind, as some have done, have traveled down a more ancient road.

In what he described as a rebellious stage, he stopped going to church when he was 16 and 17, and went on to attend a left-wing college that was affiliated with the ELCA. But he still retained much of his faith-informed values, and when he finished college, he felt the pull from God to start reengaging his faith and spiritual life.

“I was never an atheist, but at worst a lazy deist, someone who might now unironically express ‘I don’t know about organized religion,'” he said, chuckling, given that he is now a devoted Roman Catholic.

Theologically speaking, evangelicals typically object to the Magisterium, the teaching authority of the Catholic Church that through which its official doctrine comes, and insist on Sola Scriptura — that Scripture alone is sufficient.

Given the legacy of Martin Luther — a German reformer who famously posted his 95 theses on the church door of All Saints Church in Wittenberg in 1517 — evangelicals largely continue to reject any kind of works-based salvation, insisting as Luther did that humans are justified solely by God’s grace by faith in Jesus. Evangelicals also tend to spurn praying to saints, considering it unnecessary at best and idolatrous at worst.

Statistically, the Roman Catholic Church, like many traditions, has declined in attendance and membership nationwide in recent years, according to reputable polling data.

Not long after moving to the D.C. area, Schweppe started attending a variety of evangelical churches and going with friends to services. For about a year, he dated a Pentecostal woman and went to church with her, an experience he enjoyed because people there seemed to take their faith seriously. Yet, for some reason, even as he valued what he was learning in his renewed desire to deepen his faith, he attributed much of the evangelical take on Christianity to a “right-brained experientialism” with its emphasis on having a personal relationship with Jesus, heavily dependent on feeling God.

“I struggled with that, I really did. It’s something I’m still working on. And so, because of that, I felt like I was going through the motions a little bit,” Schweppe explained.

He started meeting more Catholics in Washington, especially after working for a Catholic congressman who was elected to the House in 2010. This politician had 10 children.

“If you’d asked me, Catholicism was something I had never considered very much. I’d studied it a little bit and would have told you that it was similar to Lutheranism, which in liturgy it is,” he said.

But the Roman church does indeed have its distinctives, and the tradition provided answers to a lot of the questions he had, particularly quandaries about what it means to be human and flourishing in life. The beauty of the church also helped him along his journey.

“The first time that I feel like I felt God was in mass, even though I’d been attending various evangelical churches for a few years.”

His wife of four years is a cradle Catholic, and they now have “two, going on three, kids.”