‘The world no longer looks up to America’: Former top Navy SEAL who oversaw the bin Laden raid says he voted for Joe Biden ‘because black lives matter and climate change is real’ 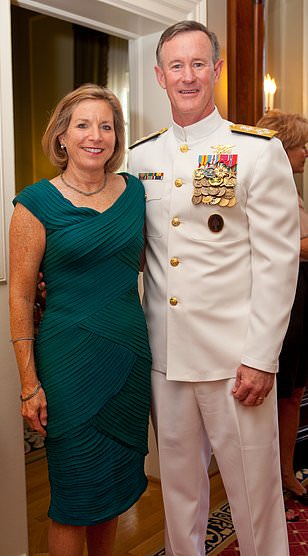 William McRaven says he backs the Democratic presidential candidate in an op-ed published Monday. He did not mention Donald Trump by name but has been a critic in the past. McRaven described himself as ‘pro-life, pro-Second Amendment, small-government, strong-defense and a national-anthem-standing conservative’. But he wrote: ‘I also believe that black lives matter, Dreamers deserve a path to citizenship, that diversity and inclusion are essential to our national success’. McRaven was head of the U.S. Joint Special Operations Command in 2011 when a team of Navy SEALs killed bin Laden, the al-Qaida leader, in Pakistan. He also led the rescue of Richard Phillips, a ship captain captured by pirates.