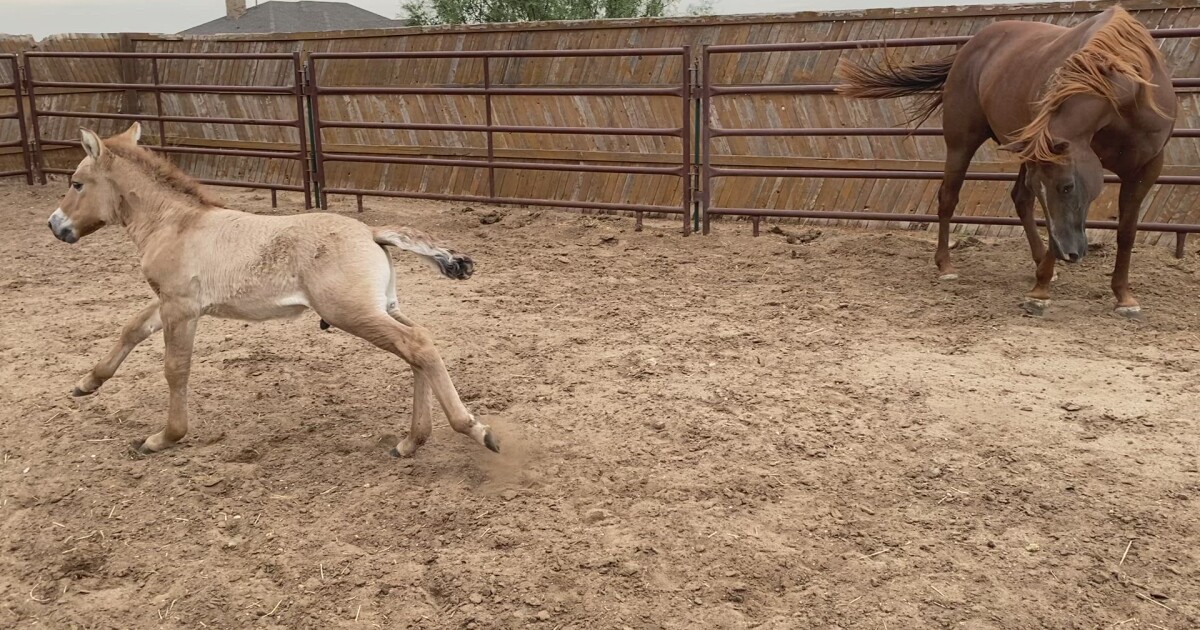 Kurt looks and acts like any other young horse. He scampers and strides on springy legs, testing their strength. When it’s time to recharge, he nuzzles up to his mother for some nourishing milk.

But Kurt is no ordinary horse. Kurt is a clone.

The 2-month-old colt is a Przewalski’s horse, a species native to central Asia that once went extinct in the wild and is still critically endangered, with only about 2,000 remaining.

San Diego Zoo Global researchers have high hopes that Kurt can help turn things around for his species. He was cloned from skin cells taken from a stallion in 1980 and safeguarded at the Frozen Zoo, San Diego Zoo Global’s vast repository of 10,000 cell lines from more than 1,100 species and subspecies.

“By ‘bringing cells to life,’ if you will, making an animal out of a cell, we can bring back a portion of the gene pool that would otherwise be lost,” said Oliver Ryder, director of genetics at San Diego Zoo Global.

It’s the first time anyone has successfully cloned a Przewalski’s horse, which is only the third species San Diego Zoo Global has ever cloned — joining the gaur and banteng, two endangered cattle species cloned in the early 2000s.

Every Przewalski’s horse alive is related to 12 wild ancestors. That doesn’t bode well for any species, as it takes genetic diversity to adapt to habitat changes and fight off new diseases.
So researchers were excited to find a stallion with pieces of DNA that were largely missing from the rest of his kind.

Think of it this way. Each of your parents passed down half of their genetic material to you, which means there’s a half you didn’t get from each of them. If you have a sibling, they probably got at least some of that half. And the more siblings you have, the more DNA your parents have passed down to future generations.

This particular stallion’s ancestors hadn’t reproduced as much as other Przewalski’s horses, so he had rare bits of DNA that would be lost forever if they weren’t passed down in some way.

That realization kicked off a partnership between the zoo, Bay Area conservation group Revive & Restore and Texas-based company ViaGen Equine, which has experience cloning horses.

For 40 years, the stallion’s cells sat frozen in time at minus 320 degrees Fahrenheit — colder than an evening on the planet Mercury. But now, researchers revived the cells and fused one of them with an unfertilized egg from a domestic horse. Because scientists had removed the egg’s nucleus, the part of a cell that holds its DNA, nearly all of the genetic material came from the stallion.

The team then transplanted the egg back inside the horse, which acted as a surrogate mother. It’s the same method that was famously used to clone Dolly the sheep in 1996, and has since been used to clone cattle, cats, deer and horses, among other species.