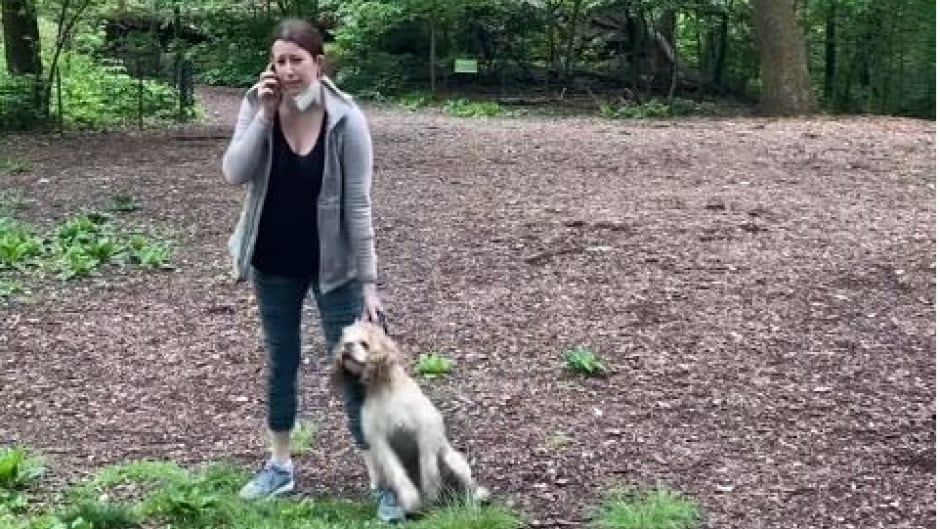 Amy Cooper, the white woman who called the police on a black birdwatcher in Central Park, made a second, previously unreported 911 call in which she falsely claimed the man had ‘tried to assault’ her, prosecutors said Wednesday.

The development came during a virtual court hearing for the 41-year-old earlier this morning in which she was arraigned on one count of falsely reporting an incident in the third degree — a charge that carries a sentence of up to one year in jail.

Prosecutors said Wednesday that Ms. Cooper made a second 911 call, which was not captured on video, in which she again claimed Christian Cooper threatened her and also told dispatchers that he ‘tried to assault her.’

‘At no time did the man later identified as Christian Cooper try to assault her,’ Assistant District Attorney Joan Illuzzi-Orbon said during the brief hearing. ‘Using the police in a way that was both racially offensive and designed to intimidate is something that can’t be ignored.’

When police arrived, Cooper reportedly admitted there had been no assault, prosecutors said.

Illuzzi-Orbon, the chief of the trial division who previously prosecuted Harvey Weinstein, is personally handling the prosecution of the case.

Amy Cooper’s lawyers are said to be working out a plea deal with Illuzzi-Orbon to avoid prison time.

Illuzzi-Orbon said Ms. Cooper is prepared to ‘take responsibility for her actions’ through a program designed with the defense to ‘educate her and the community on the harm caused by such actions.’

Prosecutors agreed to adjourn for four weeks while both sides work out the arrangements for such a deal.

The judge agreed to convert the charging instrument from a complaint to an information which indicated Ms. Cooper is prepared to plead guilty when her case returns to court November 17.

Illuzzi-Orbon said said she hopes ‘this process will both enlighten, heal and prevent similar harm to our community in the future.’

‘Amy Cooper engaged in racist criminal conduct when she falsely accused a Black man of trying to assault her in a previously unreported second call with a 911 dispatcher,’ Vance said. ‘Fortunately, no one was injured or killed in the police response to Ms. Cooper’s hoax.

‘Our Office will pursue a resolution of this case which holds Ms. Cooper accountable while healing our community, restoring justice, and deterring others from perpetuating this racist practice.’