Why John Calvin Believed That Justice is a Form of Worship 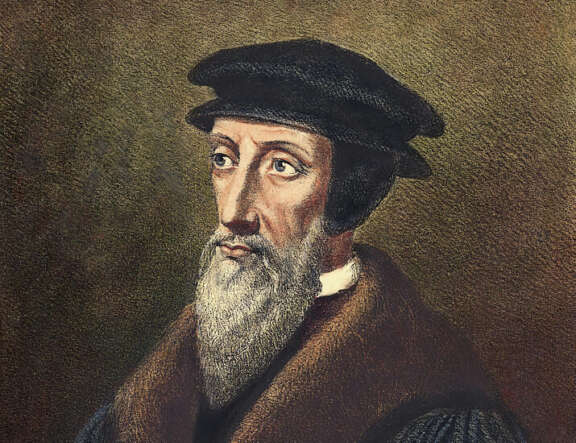 Social justice is a fiercely debated concept among evangelicals today . Some believe it reflects “dangerous ideas” in secular culture or even “godless ideologies” rather than biblical Christianity. The notion is understood variously, and debate abounds as to whether Scripture ranks it as a “gospel issue.” Even the simpler term justice is subject to “competing visions.” Yet one thing is certain: Calls for justice in our society seem to only be increasing, and while some evangelicals have been struggling for justice for decades or even generations, today more and more are championing justice in some form.

Nevertheless, concerns remain for some. Is the gospel primarily about individual salvation, and do justice efforts detract from personal piety and evangelism? Just how important is justice to the Christian faith? John Calvin, a leading Protestant Reformer whose writings still influence theology and practice today, can help us think through such questions. For Calvin, justice is not a distraction from or tangential to the Christian faith but is integral to it.

While this might surprise some people today, John Calvin believed that we must act justly in order to live piously. Justice not only reveals personal piety but also is a means of living piously. What is more, justice is the meat and potatoes of what it means to love others. Many modern evangelicals don’t think along such lines. Perhaps a 16th-century French refugee who trained in law and served as a pastor can help us see more clearly the biblical portrait of the Christian life.

The Substance of the Christian Life

Many Christians rightly understand that the essence of godly living is captured in the maxim “love God, love others.” This is, after all, Jesus’ summary of the Law and Prophets (Matt. 22:36–40). Calvin agrees that such double love is what ultimately pleases God, and the Ten Commandments best summarize such a life. Though certain Old Testament laws (mainly ceremonial) have been fulfilled in Christ, the Christian life is detailed in the Ten Commandments and many of the Mosaic precepts that expound them. Commenting on the law in his magnum opus, TheInstitutes of the Christian Religion, Calvin writes,

First, indeed, we should be entirely filled with the love of God. From this will flow directly the love of neighbor. This is what the Apostle shows when he writes that “the aim of the law is love from a pure conscience, and of faith unfeigned” [1 Tim. 1:5]. You see how conscience and sincere faith are put at the head. In other words, here is true piety, from which love [for neighbor] is derived.

Calvin equates heartfelt love for God with faith and piety . Law-keeping, therefore, is no coldhearted service toward God that springs from a mere sense of duty. Rather, obedience that pleases God flows from sincere love for him. And love for God is the source of love for others. To refer to this second love, Calvin frequently uses the term “charity” (caritas in Latin). Thus, while Calvin understands love as the substance of the law, he also believes the essence of the law is described with more specific terms like “piety” or “faith” and “charity.”

For Calvin, the Christian life is profoundly active. Loving God and neighbor doesn’t entail simply refraining from evil—such as idolatry, adultery, theft, and so on. Loving God and others has as much to do with actively pursuing and performing what is spiritually good as it does with abstaining from evil. When we read divine commands, Calvin informs us, we must consider both the matter it treats anditsopposite to fully understand what pleases God. The prohibition against murder, for example, requires more than not harming others physically.

As Calvin states in his Institutes, “The commandments and prohibitions always contain more than is expressed in words.” We must look beyond the mere words of the biblical text in order to understand the whole meaning of a precept. As Calvin scholar John Hesselink explained, “if interpreted literally” the commands are “limited in scope”; but as Calvin universalizes the commands and interprets them positively, they assume “tremendous breadth and depth.” If we think the Ten Commandments teach us only what not to do, then we have not grasped their true meaning.

The Order of Loves

Just as Jesus prioritizes love for God when summarizing the Law and Prophets, so does Calvin when expositing “the Decalogue,” or the Ten Commandments. Knowing and glorifying God is the ultimate goal of life. The first four commandments which summarize duties of personal piety, take priority because God created and redeemed us so we may worship him. And as Calvin exclaims in a sermon on the Decalogue, “the worship of God” is treated before commandments 5 through 10, commands on how to love others, “because it is impossible for men to act as they should toward their neighbors unless they are led by the fear of God.”

Although the first table of the Decalogue (Ex. 20:1–11) takes priority, the second table (Ex. 20:12–17) is by no means optional for believers and is in fact a way of worshiping God. Calvin even asserts that God tests our obedience to him in giving us the second table. Observing the second table, then, is one way we prove our faith. In a sermon on the Ten Commandments, Calvin exclaims that while we must first yield to God the worship he deserves, we must “live in such justice and equity with our neighbors that we demonstrate thereby that we are true children of God.”

The reason obedience to the second table proves the existence of piety and faith is that, as Calvin states in the Institutes, “the intention of the heart” is not always visible, and hypocrites “continually [busy] themselves with ceremonies.” As Reformation historian Elsie Anne McKee explains, “The order of precedence” in Calvin’s understanding of worship is “inward faith, outward acts of worship (ceremonies), and then love [that is, obedience to the second table]. Unhappily, ceremonies are always susceptible of distortion and hypocrisy. Thus, in some instances, love toward neighbor may better evince faithful worship of God than liturgical or devotional practices.”

This does not mean that personal piety is supplanted. After all, we cannot rightly love our neighbors unless we first love God. The two tables are inseparable, though distinguishable. Yet Calvin makes a provocative point while preaching on the Ten Commandments: People who suppose they can observe only the first table without also observing the second do not actually keep the first table. Or, as he writes in the Institutes, “Our life shall best conform to God’s will and the prescription of the law when it is in every respect most fruitful for our brethren” (emphasis added).

Loving others is a way of living piously toward God. Calvin even suggests that the good works that prove our righteous standing before God refer specifically to deeds of charity toward others and not acts of piety toward God. Although charity is subordinate to piety, “the observance of justice and equity towards men is … themeans which we are to employ in testifying a pious fear of God, if we truly possess it.” Thus, while Calvin prioritizes piety, he sees charity as an indispensable means by which we express our love for God.