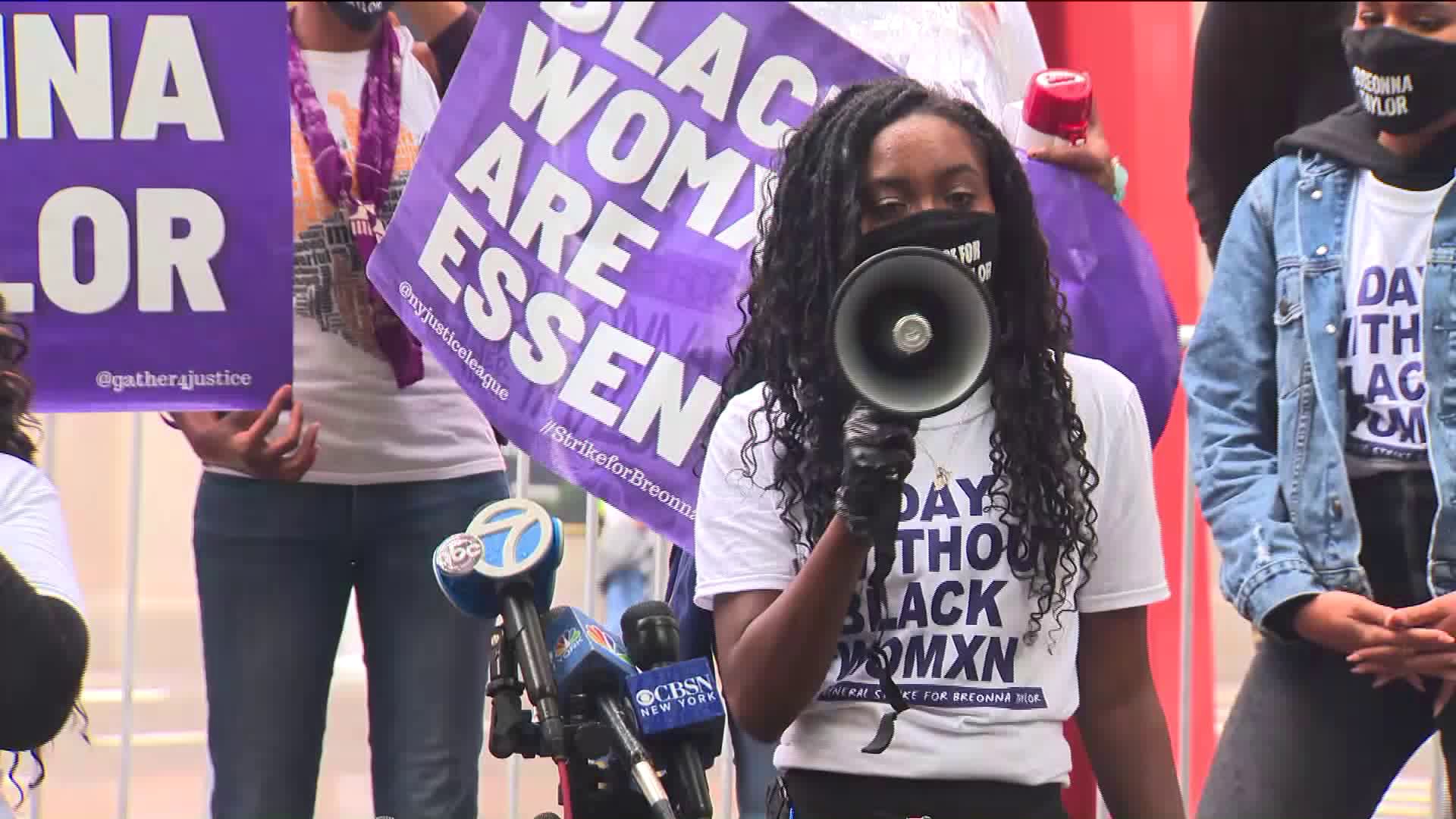 Black women and their supporters marched down Broadway in the Wall Street area, blocking traffic briefly. They chanted, “We want justice for Black women.”

They called it “a day without Black women,” and a general strike for Breonna Taylor, who was shot to death by police in Louisville back in March.

“Today is the first of many strikes, because we are tired,” said Keris Love of Justice League NYC.

Taylor was killed when police executed a no-knock warrant on her home looking for drugs.

Her boyfriend said he didn’t know who was coming through the door. He fired a shot. The Kentucky Attorney General said Taylor’s boyfriend shot and injured one officer, but a Kentucky State Police ballistics report couldn’t determine who fired that shot. Officers responded with 32 bullets, killing Taylor.

Her boyfriend was not injured and no drugs were found in the home.

“I think every single day we have to stand up for Black women,” said Natalie Perkins. “Black women have been the ones over the years to show up and so it’s now time for everyone to show up for us. That means that we will continue to strike as long as we need to. That means we will continue put our money where we need to to make sure we are able to show the world, to show our community, show society that Black women matter.”

Officers involved in Taylor’s shooting were not indicted for her death. One officer was indicted because bullets ended up in the apartment of one of Taylor’s neighbors.

After receiving mounting pressure included from the judge in the case and one of the grand jurors, the Kentucky Attorney General has agreed to release recordings of the secretive grand jury proceeding.