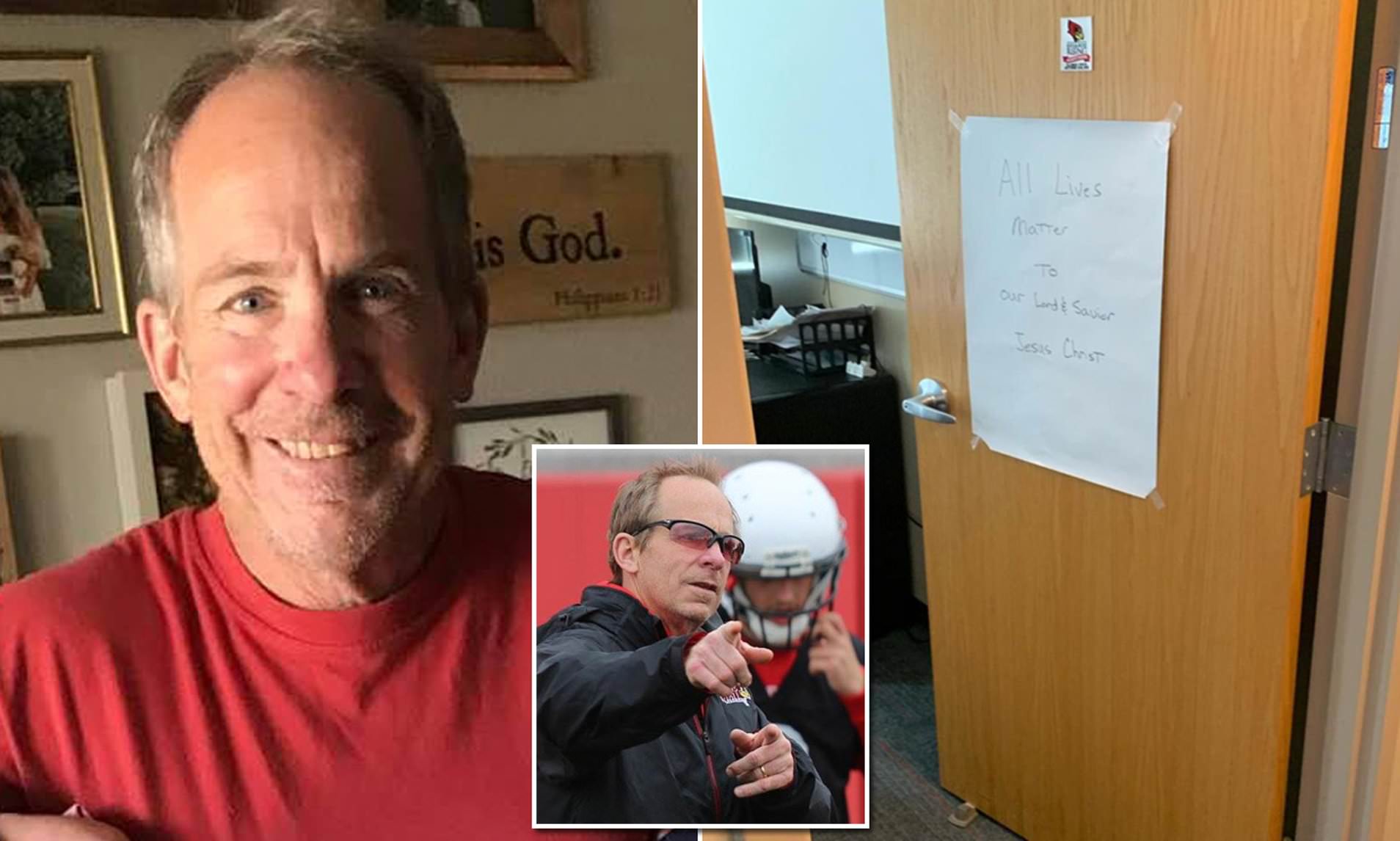 An Illinois State football coach abruptly quit the team Thursday, leaving a note on the door while exiting the facility.

Kurt Beathard, who was the Redbirds’ offensive coordinator, told The Pantagraph he let a note that said “All Lives Matter to Our Lord & Savior Jesus Christ” before he left. Officials told the newspaper Wednesday he was no longer a part of the team and declined to comment on why he abruptly left.

His departure apparently followed an incident involving a “Black Lives Matter” poster in the locker room. Sources told The Pantagraph that the poster was taken down from the Illinois State locker room in the school’s football building. Beathard denied any involvement in the locker room saying that someone put a sign on his door and that he took that down.

“That locker room crap is wrong. I took the sign down somebody put on my door. That’s it,” Beathard told the newspaper. “I didn’t take anything off that wasn’t put on my door. I wrote the message.”

Beathard’s departure came weeks after players had an issue with athletic director Larry Lyons using the phrase “All Redbird Lives Matter” in a video conference, according to the newspaper. Some student-athletes boycotted workouts because of it and a march supporting Black voices was held.

Beathard returned to Illinois State in 2018 – his third stint with the program. He’s spent 15 years as a coordinator in the FCS. He played in the USFL and Arena Football League.

His nephew, C.J. Beathard, is a quarterback for the San Francisco 49ers.