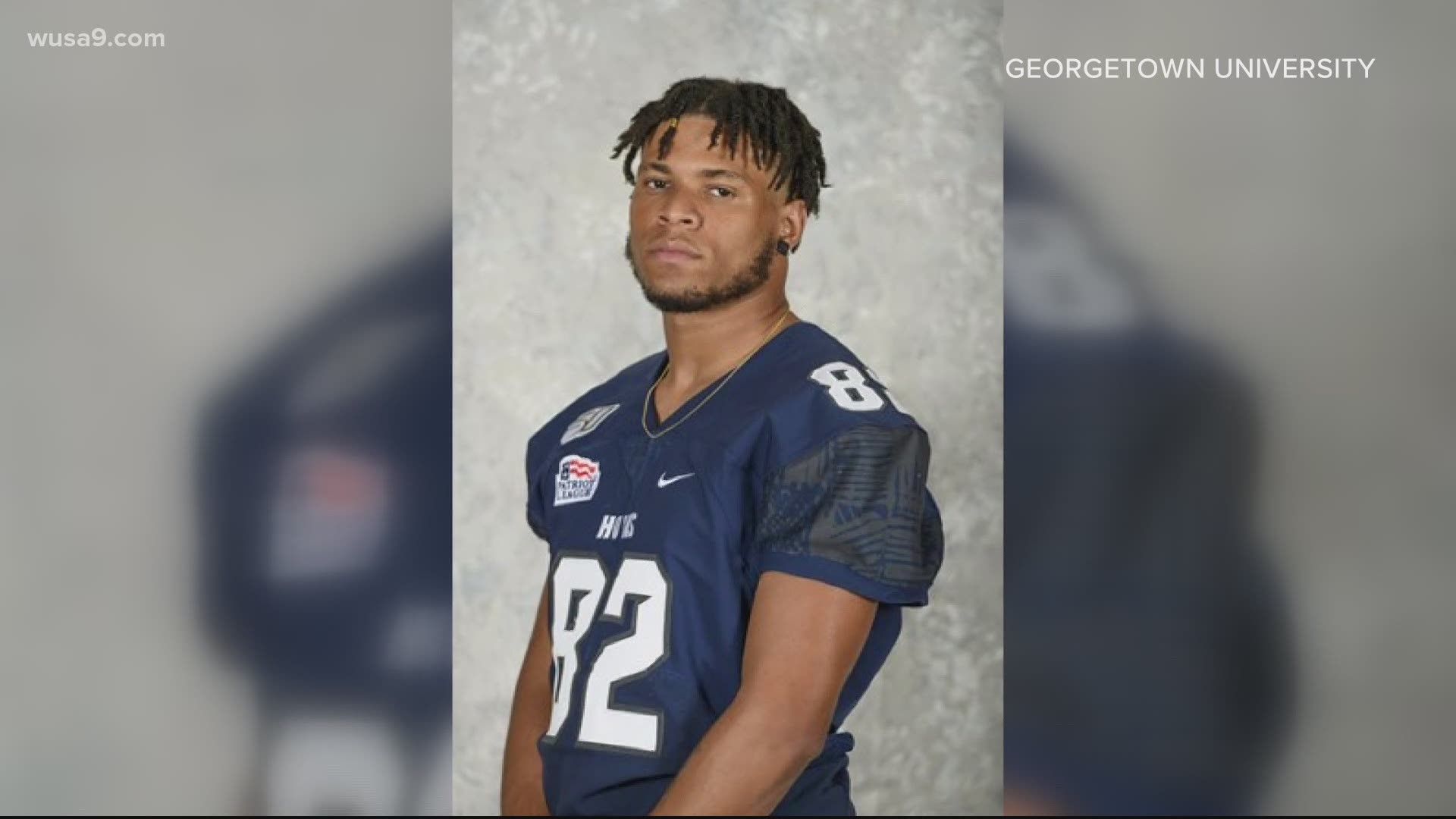 Georgetown football player Dijon Williams was arrested by United States Marshals in Georgia after he was deemed a suspect in a first-degree murder case in Washington, D.C, Fox News confirmed on Tuesday.

The Washington Metropolitan Police Department put out a statement regarding the arrest.

“On Monday, September 28, 2020, Mr. Dijon Williams was located and arrested in Georgia by members of the United States Marshall Service Fugitive Task Force,” the statement read. “Mr. Williams is pending extradition to the District of Columbia for his role in the homicide of Nurudeen Thomas, which occurred on July 21, 2020 in the 4100 block of 14th Street, Northwest.”

Georgetown also released a statement on Monday regarding Williams.

“Georgetown University became aware of charges against Dijon Williams this evening,” the school said. “While we are working to learn more information, we will cooperate fully with any investigation and we stand prepared to offer resources to members of our community who may be affected by this news. At this time, there are no indications that the alleged crime took place near the University.”

Williams was located and arrested at a private residence on Monday in Gwinnett County. A search warrant was executed on the residence to assist with an ongoing criminal investigation, according to authorities.

A Georgetown spokesperson shared the following information: “Due to COVID-19, all fall athletics at Georgetown have been postponed and no fall teams are on campus or practicing at this time.

“If a student-athlete is arrested, they are suspended from all team activities until further notice and are subject to adjudication and disciplinary action under the student code of conduct, which could include suspension or dismissal from the university.

“Based on the information provided to Georgetown by the Metropolitan Police Department, Dijon Williams has been immediately suspended from Georgetown’s Football team.”