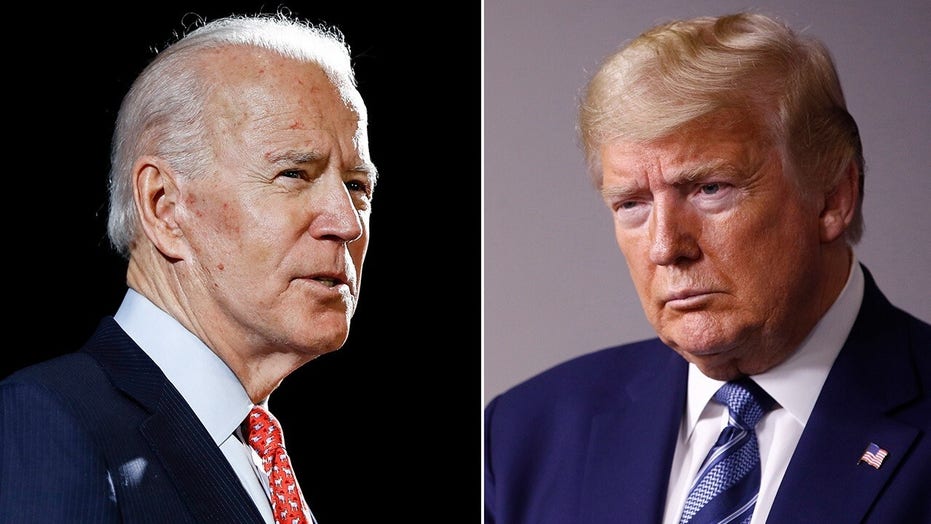 Democratic presidential nominee Joe Biden’s campaign on Tuesday released 2019 tax returns for the former vice president and running mate Sen. Kamala Harris, calling on President Trump to release his own, hours before Biden and Trump are set to face off in the first presidential debate.

It marked the latest jab in a heated battle between the two campaigns. And it came as the two camps traded fire over whether a third-party should monitor to check the candidates for earpieces ahead of the debate, and whether the Biden campaign had asked for breaks during the debate.

Biden deputy campaign manager Kate Bedingfield announced on a conference call with reporters that the “Biden’s are releasing their 2019 tax returns, making 22 years of records available to the American public. Sen. Harris and Mr. Emhoff are releasing theirs as well. For Sen. Harris this is now 15 years of returns that are available to the American public.”

Bedingfield stressed that “this is a historic level of transparency meant to give the American people, faith, once again that their leaders will look out for them and not their own bottom line.”

Trump — first as a presidential candidate in 2016 and currently as president — broke a four-decades-old precedent of president and White House hopefuls releasing their tax returns. And he’s fought efforts by congressional Democrats to release his returns.

Trump’s argued that he can’t release his returns because his taxes have been under audit by the Internal Revenue Service.

The move by the Biden campaign comes two days after Sunday’s report from The New York Times that says the president didn’t pay federal income taxes in 10 of the past 15 years.

The president has labeled the report “fake news.”