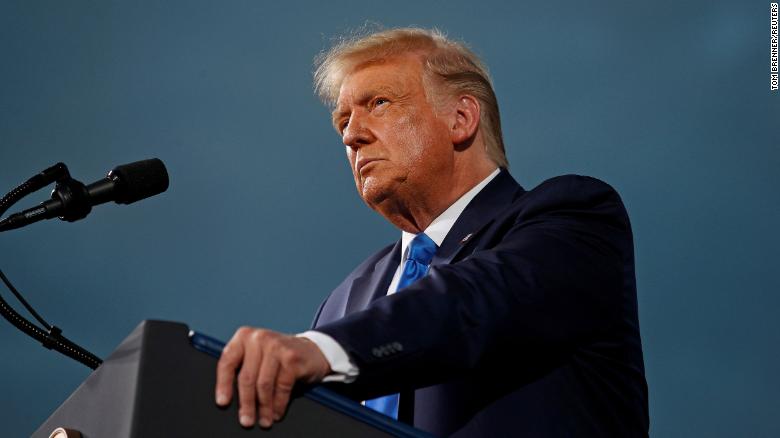 (CNN)Donald Trump in a 2011 interview said even Americans who don’t earn much should have to pay something in taxes to be “part of the game.”

Trump made the comments in a radio interview with conservative host Sean Hannity reviewed by CNN’s KFile in which the two discussed Occupy Wall Street protesters’ criticism that the wealthy evade taxes.
“Now everybody keeps saying down at Occupy Wall Street, the 1% — which I’m sure you’re a part of — doesn’t pay any taxes,” Hannity said. “Do you not pay any taxes? I didn’t know that.”
“No, I pay tax,” Trump responded. “I pay a lot of tax. I just signed a big fat check recently for a lot of tax. I paid literally, I paid a lot of tax and you know, look, I don’t mind. I’m proud to pay it up. If I owe it, I pay it.”

The comments are resurfacing after it was revealed Trump paid no federal income taxes in 10 out of 15 years beginning in 2000 because he reported losing significantly more than he made, according to an explosive report released Sunday by The New York Times.
According to The Times, “confidential records show that starting in 2010 [Trump] claimed, and received, an income tax refund totaling $72.9 million — all the federal income tax he had paid for 2005 through 2008, plus interest.
The legitimacy of that refund is at the center of the audit battle that he has long been waging, out of public view, with the I.R.S.”
In later years, the Times reports, Trump would write payment to the IRS in excess of a million dollars at the time he filed an extension in April, only to recoup that money from the IRS later in the same year when he filed an extension. The Times reports Trump was allowed to use that initial check to pay down taxes in the future.
In both the year he won the presidency and his first year in the White House, Trump paid just $750 in federal income taxes, the Times reported.

Trump added in the Hannity radio interview in 2011: “The amazing thing is that half of the country is paying nothing. Zero. And even if you don’t make a lot, you should have to pay something. Just something to be a part of the game. Half of the country’s paying nothing.
In his 2011 book, “Time to Get Tough,” Trump cited “half of America” not paying federal income tax as a danger of increased federal spending.
“Half of America doesn’t even pay a single penny in federal income taxes,” Trump wrote. “That may shock you, but it’s true. That’s one of the reasons soaring federal spending is so dangerous: half the country shrugs its shoulders and says, ‘Who cares? It’s not my money they’re spending.’ So the idea that the lower class is shouldering the tax burden is absurd, because the bottom half of Americans pay no federal income tax at all.”