More Than 1 Million People Have Already Voted in the Election 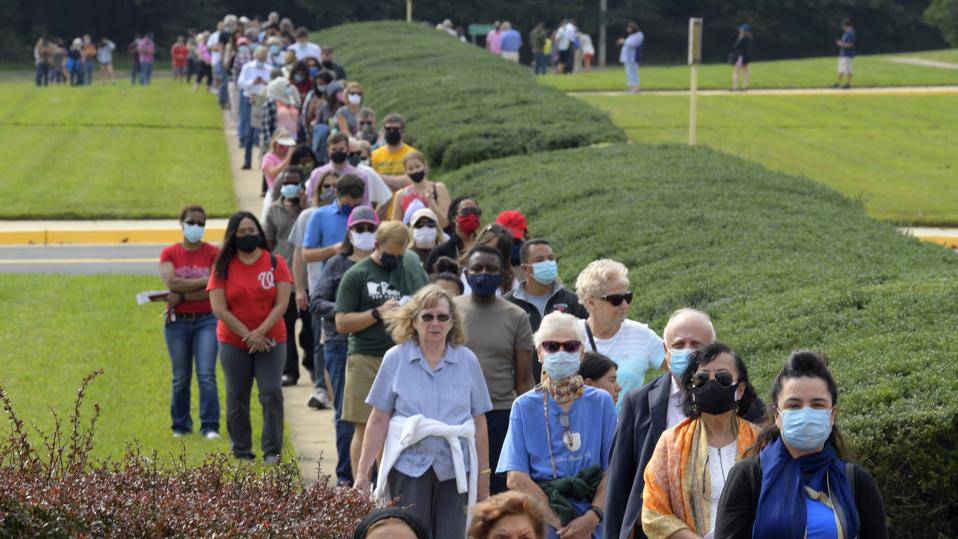 More than one million votes have already been cast in the November election, according to data from the United States Election Project, marking a noticeable increase over voting trends in 2016 even before the first presidential debate.

The three states reporting voter registration data—Florida, Iowa and North Carolina—report that 53.8% of their votes have been cast by registered Democrats, as compared with 16.7% of Republicans and 29.2% of unaffiliated voters.

Voters in 24 states have so far requested 64,157,727 mail-in ballots, and CNN noted Friday that the number of ballot requests in 15 states had already exceeded the total number of votes cast prior to election day in 2016.

In a blog post Sunday, Michael McDonald, a professor at the University of Florida who runs the Elections Project, an informational site, noted the actual number of ballots cast is likely higher—as complete records are not available for all states—and the increase over 2016 is likely due to state laws expanding early voting, an increase in mail-in voting due to the pandemic and voter interest.

A recent Washington Post/University of Maryland poll found that 61% of registered voters prefer to vote early in this election, as compared with only 41% who said they voted early in 2016; not all states will actually start counting those votes prior to polls closing on election day, however.

BIG NUMBER
50 million. That’s the approximate number of votes cast prior to election day in 2016, according to CNN. 136,669,276 total votes were cast in the 2016 presidential election, according to the Federal Elections Commission.