Coronavirus plague kills one million worldwide: Coronavirus has now spread to 210 countries infecting at least 32 million people across the globe as Europe is gripped by second wave 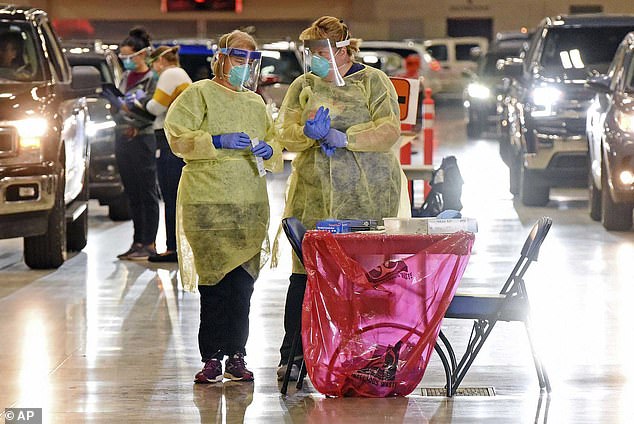 Coronavirus has claimed the lives of one million people worldwide since the outbreak emerged in China late last year.

The virus has been recorded in 210 countries and infected at least 32 million people across the globe, according to a tally from official sources compiled by AFP.

Europe is now battling a second surge of the virus as the continent enters its winter months.

The figure comes a day after the World Health Organisation (WHO) warned that then global coronavirus death toll could hit two million before an effective vaccine is widely used.

Six months after coronavirus was first detected at a Wuhan wet market in December 2016, the global death toll had claimed at least 500,000 lives. In half that time, the known death toll is now believed to have doubled.

The true number of deaths and infections are likely to be significantly higher due to insufficient testing and reporting in many countries.

The United States, India and Brazil have recorded the most cases, with more than 15 million between them.

The U.S. ‘has been the worst-hit country in the world’, reflecting ‘the lack of success that we have had in containing this outbreak,’ Dr. Anthony Fauci, the nation’s top infectious disease specialist, told a Harvard Medical School audience earlier this month.

The country has recorded over 7 million cases and 208,000 deaths.

On Saturday, the U.S. recorded the highest number of new coronavirus cases in a single day since August, after several states saw record daily spikes.

There were 55,054 new COVID-19 cases reported by health authorities across the United States on Friday, a Johns Hopkins University tally shows.

It’s the highest figure since August 14, when 64,350 new cases were recorded following a peak in infections in the summer.