California wildfire smoke may cause up to 3,000 premature deaths, research suggests 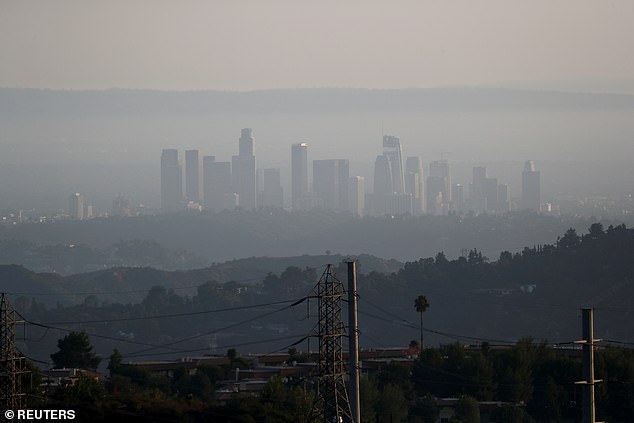 Historic wildfires which ravaged California throughout August and September may cause 3,000 early deaths, according to research from academics at Stanford University.

This year there have been over 8,100 wildfires that have burned well over 3.7 million acres in California. Since August 15, when California’s fire activity elevated, there have been 26 fatalities and over 7,000 structures destroyed.

On Sunday, 17,000 firefighters were still at work, battling 25 wildfires in the state.

Now academics have concluded that the wildfires, from August 1 to September 10, were responsible already for at least 1,200 deaths in California – and may, over the next month, cause a total of 3,000 deaths.

The fires were also to blame for 4,800 ER visits, they calculated.

The fatalities were among people 65 and older, most of whom were living with pre-existing medical conditions such as heart disease, diabetes and respiratory ailments.

‘Clean air is much more important than we realize,’ said Marshall Burke, an associate professor of earth system science at Stanford who calculated the impacts.

‘When you look at it on a population level, you can see very clearly that breathing clean air has huge public health benefits, and breathing dirty air has disastrous consequences.’