Biden Says He’s Not Worried About Debate Because Trump’s ‘Not That Smart,’ Doesn’t Know Facts 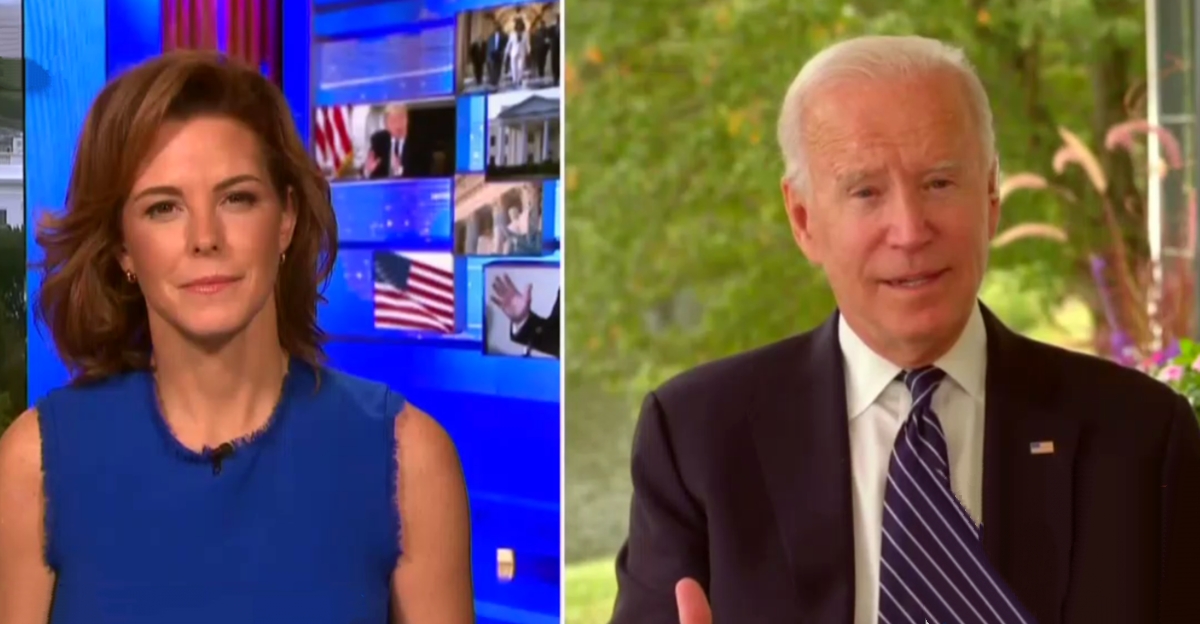 Former Vice President and current Democratic presidential candidate Joe Biden demolished President Donald Trump when he was asked about the upcoming debate, telling MSNBC’s Stephanie Ruhle that Trump is a “liar” who “isn’t that smart” and “doesn’t know a lot of facts.”

In an interview that aired Saturday morning, Ruhle asked the ex-veep about Speaker of the House Nancy Pelosi’s latest suggestion that Biden not bother debating someone who “has no fidelity to fact or truth,” wondering “Does she have a point?”

“Well she does, you know, two people of your consequence in the press have said the same thing, written articles about that,” Biden said. “Leading columnists who are not to the best of my knowledge Democrat or Republican, just leading columnists. And one of them said I shouldn’t debate him unless there’s a crawler underneath everything he says, fact-checking as we go.”

“Look, the people know the president’s a liar,” Biden continued. “I mean they know that. It’s not like it’s gonna come as a surprise to them. And so I’m prepared to go out and make my case as to why I think he’s failed, and why I think the answers I have to proceed will help the American people and the American economy and make us safe internationally.”