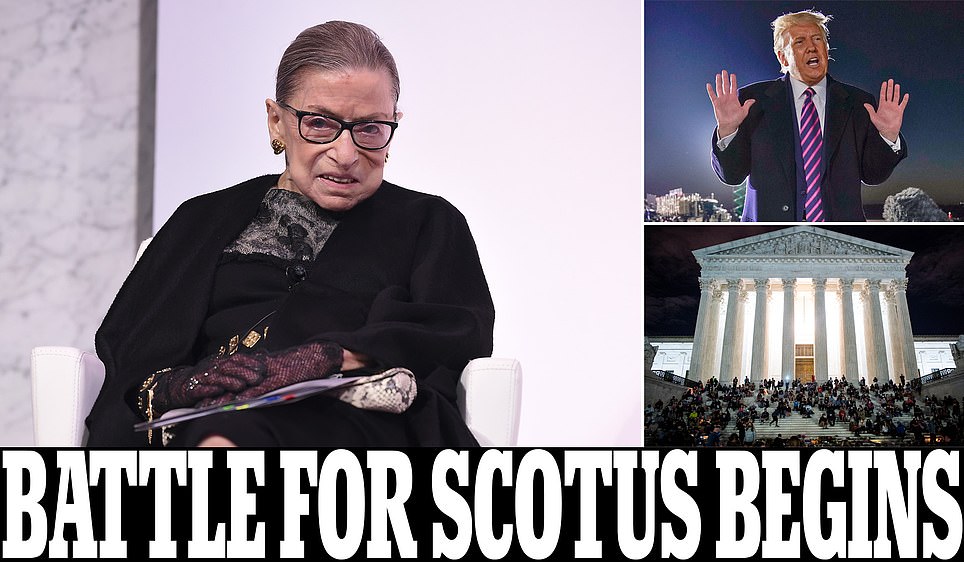 President Donald Trump is expected to ignore the dying wish of late Supreme Court Justice Ruth Bader Ginsburg and nominate her replacement in the coming days in a rush to hurry through a conservative judge before the election.

Ginsburg had hoped that the selection of the next Justice was held after November’s election, stating her ‘most fervent wish is that I will not be replaced until a new president is installed’

But Republican Senate Majority leader Mitch McConnell has already pledged a vote on a Trump nominee.

Trump’s attempts to hurry through his own pick, the third Supreme Court Justice he would have nominated, has already been met with backlash from his rival, Democratic nominee Joe Biden.

Biden demanded that Trump waits until after the election so the winner can put forward the nomination.

It comes as insiders suggest that some Republican Senators led by Utah’s Mitt Romney will lead a rebellion to scupper Trump’s chances of a rushed process.