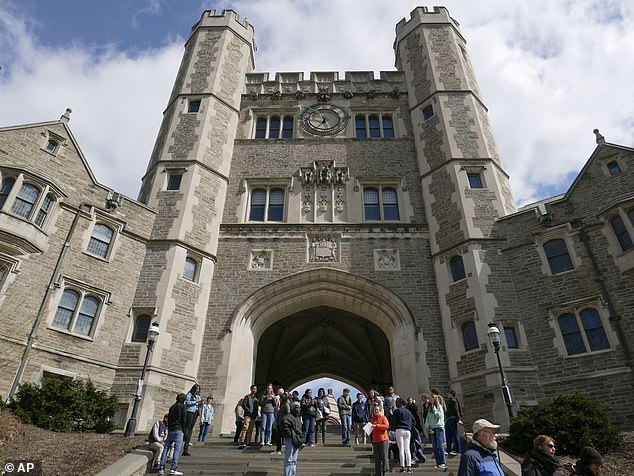 The US Department of Education launched an investigation into Princeton University after its president’s acknowledged that racism remained ’embedded’ at the institution.

Officials with the Trump administration on Wednesday addressed a letter to Princeton University President Christopher Eisgruber over his recent comments about systematic racism.

The Department of Education (DOE) noted that Princeton University had received more than $75million in federal funding, despite potentially not adhering to the Title VI mandates.

‘No person in the United States shall, on the ground of race, color, or national origin, be excluded from participation in, be denied the benefits of, or be subjected to discrimination under any program or activity receiving Federal financial assistance,’ according to the DOE.

Under such a statute, federal officials claimed that Eisgruber’s acknowledgement has led them to question the university’s commitment to non-discriminatory practices.

‘Based on its admitted racism, the U.S. Department of Education (“Department”) is concerned Princeton’s nondiscrimination and equal opportunity assurances in its Program Participation Agreements from at least 2013 to the present may have been false,’ the letter read.

‘The Department is further concerned Princeton perhaps knew, or should have known, these assurances were false at the time they were made.

‘Finally, the Department is further concerned Princeton’s many nondiscrimination and equal opportunity claims to students, parents, and consumers in the market for education certificates may have been false, misleading, and actionable substantial misrepresentations.’

Subsequently, the DOE could force Princeton University to pay back the millions of dollars it’s collected over the years.

The DOE, led by US Secretary of Education Betsy DeVos, also requested additional documents and transcribed interviews with selected individuals.

The letter was meant to bring attention to initiatives implemented at Princeton University to dispel racial inequality.