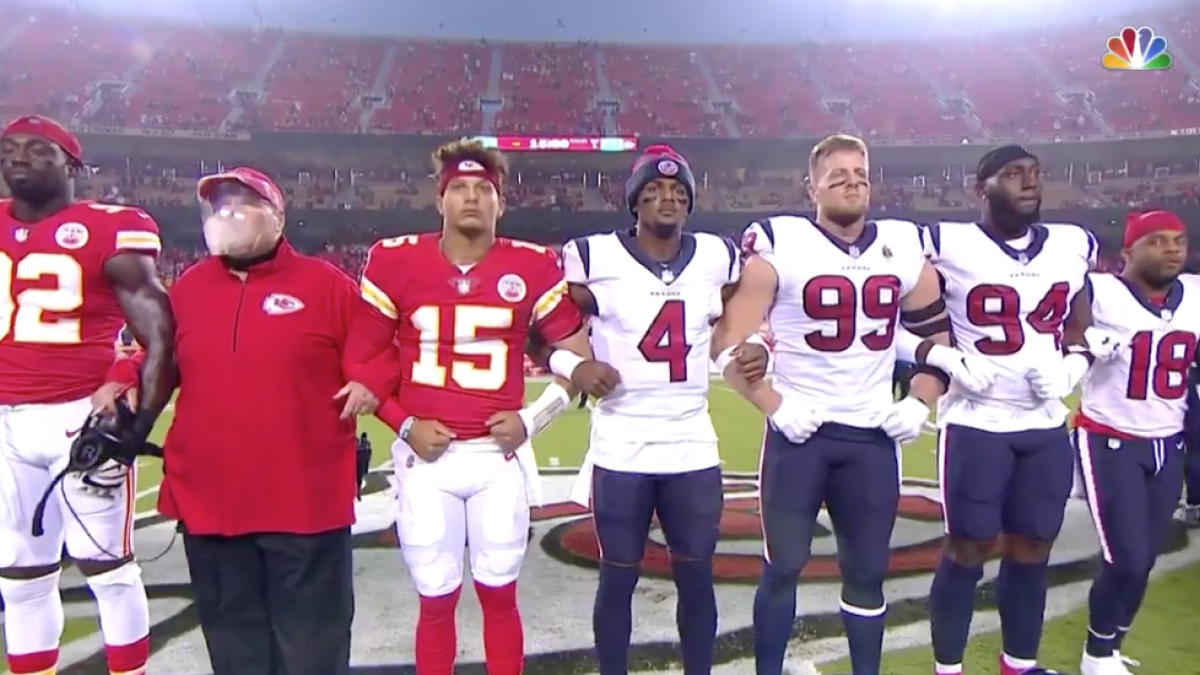 The 2020 NFL season has officially begun, but the game certainly a different feel to it amid the COVID-19 pandemic. Arrowhead Stadium wasn’t at full capacity as the Kansas City Chiefs unveiled their championship banner and a live version of the national anthem was not played inside the stadium. However, a prerecorded version of “The Star-Spangled Banner” was played on the video board as players performed several demonstrations during the national anthem, locking arms at the sideline in a moment of unison. The Houston Texans did not take the field during the anthem, opting to stay in the locker room.

Alex Okafor took a knee and raised his fist in the air as two Chiefs players put their hands on his shoulders, showing solidarity. The NFL showcased the anthem during the game broadcast and posted it to their social media account shortly after.

Once the Texans came out onto the field, the players on both teams stood at the 50-yard line and locked arms in unison. Andy Reid, Patrick Mahomes, Deshaun Watson and JJ Watt were at the center of the line before wishing each other good luck before the contest was played.

The public address announcer asked for a moment of silence during this, but some thought they could hear “boos” from the crowd.

“The moment of unity I personally thought was good,” Watt said, via James Palmer of the NFL Network. “I mean the booing during that moment was unfortunate. I don’t fully understand that. There was no flag involved. There was nothing involved other than two teams coming together to show unity.”

Others, including Texans coach Bill O’Brien, claim they didn’t hear those “boos.”