Battle of the GOATs? Why Tom Brady-Drew Brees Matchup is Like Nothing We’ve Seen Before in the NFL 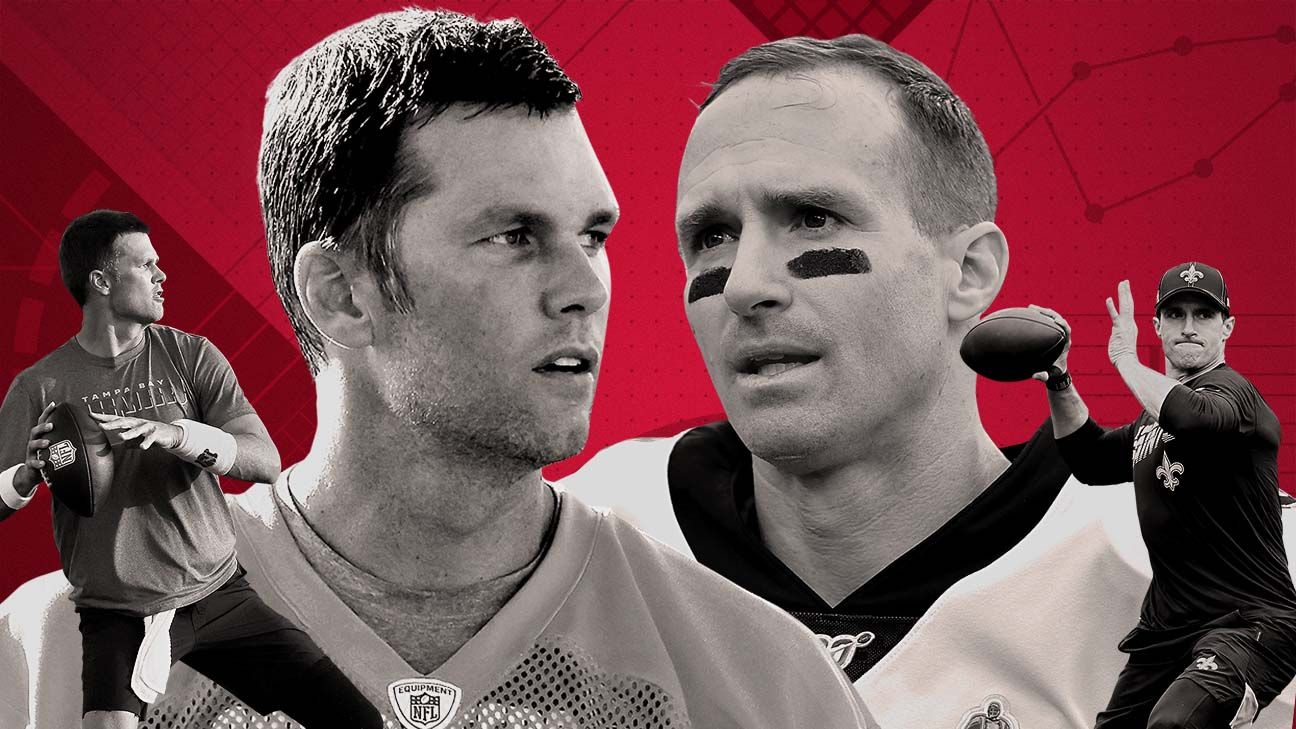 But when Brady debuts with the Tampa Bay Buccaneers on Sunday against the New Orleans Saints in the Superdome (4:25 p.m. ET, Fox), we will witness something we have never seen.

Not only will this be the first matchup in NFL history between two starting quarterbacks over the age of 40 — Brees is 41, and Brady is 43 — but they rank first and second in all-time passing touchdowns and passing yards, respectively. They have thrown for a combined total of more than 86 miles, according to ESPN Stats & Information.

“Well, it makes me remember back to 1999, when we played against each other in college,” Brees said when asked how special this matchup is to him. “The Boilermakers traveled up to the Big House. Unfortunately, that one didn’t end too well for us. But little did we know we would have the opportunities that we’ve had in the NFL.

“I’m sure I speak for both of us when I say that I think we both kind of pinch ourselves, the blessing and the opportunity to be able to play this long and play for so many great teams and with so many great players.”

As for their remarkable longevity, Brees said: “Father Time’s gonna get us at some point. But we’re trying to beat him out right now.”

Brees actually has the bragging rights in their pro matchups, with a 3-2 record against Brady — including the time he posted a perfect 158.3 passer rating against Brady’s New England Patriots on Monday Night Football en route to the Saints’ Super Bowl title in 2009.

That makes them an even 3-3 in head-to-head matchups. Alas, Brady has the ultimate mic drop with six Super Bowl rings compared to Brees’ one.