Bible Signed by Trump Being Sold Online by Critic of President for $37,000 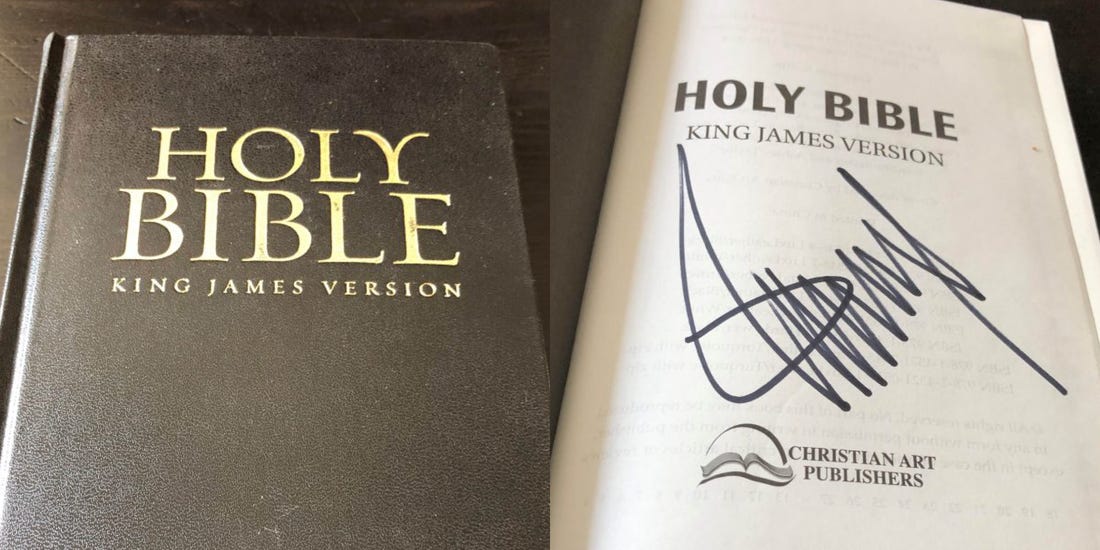 A copy of the Holy Bible that was reportedly signed by Republican President Donald Trump was put up for sale online, with a price listed at $37,500.

The Bible, a King James Version printed by Christian Art Publishers, was posted Monday on the website of the California-based company Moments in Time.

Gary Zimet, a 67-year-old rare documents dealer who’s selling the book, explained to Business Insider that while he is critical of the president, he’s willing to profit off his signature.

“Someone like him, having the gall to sign a Bible, after what he did in the photo op is revolting,” Zimet told the publication. “The only thing I’m interested in, vis-à-vis Trump, is making a profit off of him.”

In addition to the Bible, Moments in Time is also selling a baseball autographed by both Trump and Russian President Vladimir Putin for the price of $54,000.

“A high ranking Russian government official obtained Putin’s signature in person at a public event. Trump’s signature was obtained at his rally in North Carolina on March 2, 2020,” explained the site regarding the baseball.

The Bible was reportedly signed in June, around the time that Trump had a photo-op with a different Bible in front of St. John’s Episcopal Church in Washington, D.C.