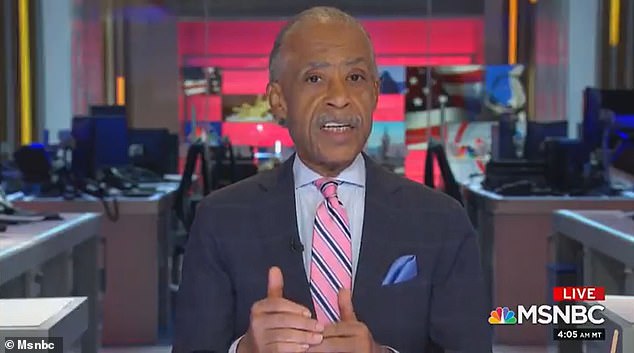 Civil rights activist Rev Al Sharpton says defunding the New York Police Department is something a ‘latte Liberal’ in the Hamptons might support but that proper policing on the ground is necessary.

Sharpton made the comments during an appearance on MSNBC’s Morning Joe on Tuesday amid a wave of rising crime in New York City and a gun violence filled Labor Day weekend.

He pushed back at recent calls to defund the NYPD and other police departments across the country, saying that policing needed to be re-imagined instead.

‘To take all policing off is something I think a latte liberal may go for as they sit around the Hamptons discussing this as some academic problem,’ he said.

‘Yes, we need more resources in different areas like mental health but we do not need our grandmothers (to be) prey to those that are being the users of products of the big gun manufacturers in this country.’

The NYPD has reported that shootings were up 166 percent in August compared to the same time last year.

‘We’ve always heard about the tale of two cities. On the side of the city that I come from, which is blacker and poorer, we’ve seen more in terms of gun usage,’ Sharpton said.

‘I got a lot of attention when I did the eulogy for George Floyd’s funeral, but I also, a month later, preached (at) a one-year-old kid’s funeral in Brooklyn who was killed by a stray bullet,’ Sharpton said.

‘Six people were shot over Labor Day weekend at a festival in Brooklyn, so I would say statistically we’re not much higher than where we were, but on the ground it is certainly feeling more violent, feeling more unsafe in unsafe communities.’