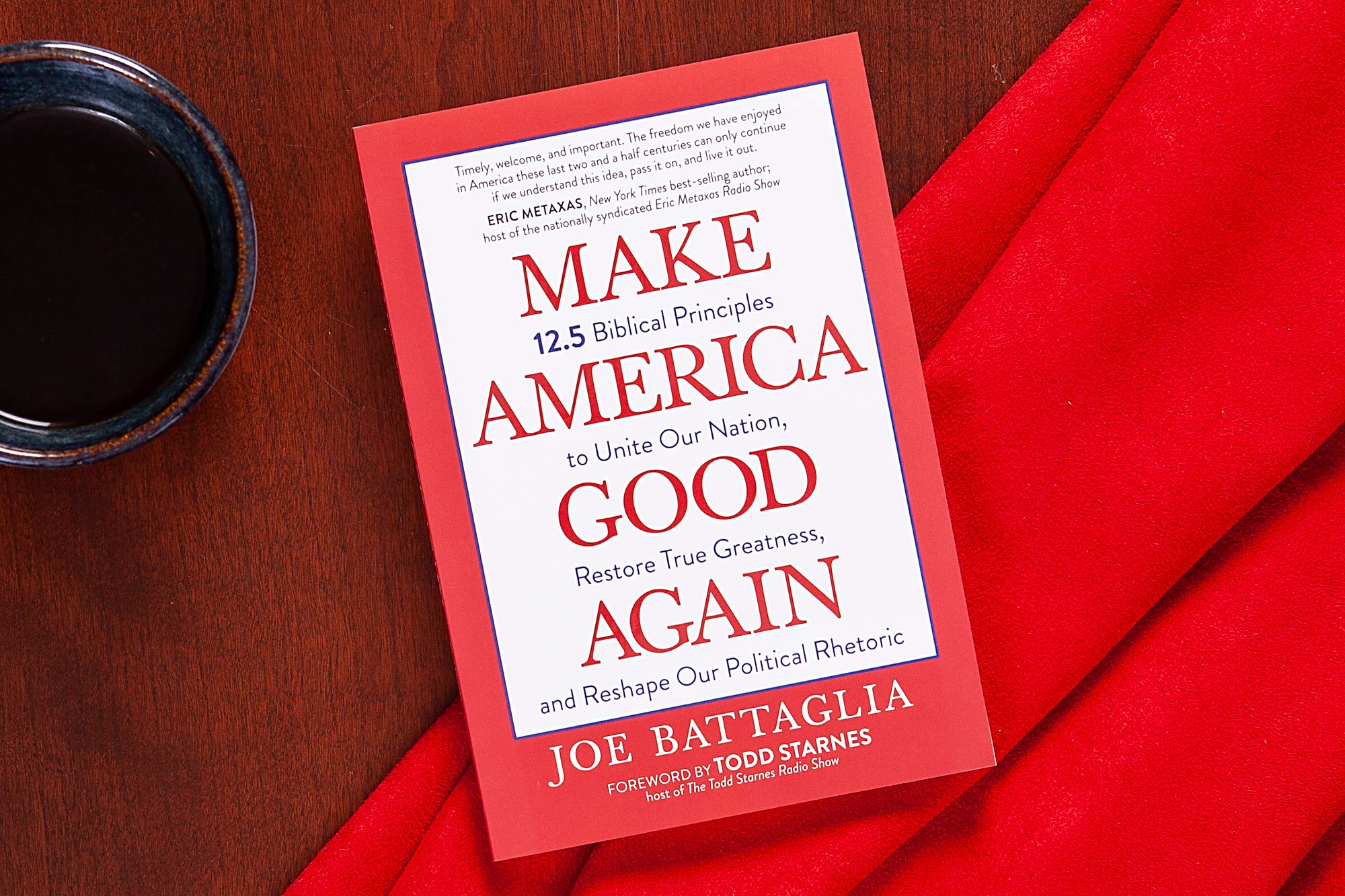 The broadcaster, author and president of Renaissance Communications has been involved in marketing for almost 18 years. He was behind the marketing of some of the most beloved Christian films, such as “Passion of The Christ,” “I Can Only Imagine” and most recently “I Still Believe.”

His newest book, Make America Good Again, is not a political book but addresses some of the divisive issues plaguing the United States such as politics, immigration, gun control, climate change and poverty. In his writing, Battaglia, the son of Italian immigrants, insists that the country will be good when it truly follows the foundational principles from the Bible.

The following is an edited transcript of The Christian Post’s interview with Battaglia.

Christian Post: The subtitle of Make America Good Again says the book is about discovering biblical truths to heal the cultural divide, and addresses our most critical issues. What are these issues that you’re delving into in this book?

Battaglia:  I like to write about faith and culture and I picked the title not really to play off of Trump’s “Make America Great Again,” but to really exemplify that quote that has been attributed to French historian Alexis de Tocqueville, who came to America in the 1830s to actually find out what made this country great. There were so many things that happened here at that early age, that the world was talking about America. So he came here and found so many wonderful things, which he documented in his Democracy in America.

A quote has often been attributed to him but he really did not say it, at least it can’t be found in his book. Maybe he said it somewhere else, or maybe someone else said it and thought he could say it. I won’t go through it because it’s a really long quote. But the essence of it is at the end, where it says, when he looked for America’s greatness, it wasn’t until he went into the churches and saw pulpits of flame with righteousness that he [then] understood what made America great. America is great because she is good and if she ever ceases to be good, she’ll cease to be great.

So the essence is, what was in those pulpits that enabled someone to say the greatness of America is found in preaching, in righteousness? Scripture says that righteousness exalts a nation. So I decided, let me have a little fun with this title and the topic because to me, greatness is about achievement but goodness is about character. We have lost our moral and national character. This has been troubling me for many years. I wrote about it in the Politically Incorrect Jesus five years ago, and I’ve seen a lot of that come to pass, unfortunately.

So I wanted to talk about what can we do to look at ourselves and see how we can become a good people again because what I see out there and what a lot of people see out in the news and all around is just a lot of hate, and violence, and animosity and racism, and anger and fear. This is not why Christ came and He is our model. He’s our true north. He is the one who helps us become the people that we should be. So wanted to run my thoughts past him, if you will, and say, this is what He would be like, how can we model that? And how do we deal with the issues that are confronting us? So that’s why I wrote it.

CP:  Some people take issue with the phrase “Make America Great Again” because they say they are not able to look back to a time when America was great for them. Bringing it back to Jesus, as you did in your book, does provide a unique perspective in showing that good starts with God. Can you talk to that?

Battaglia: America has not been great to everyone and we understand that. That saddens me as it should everybody. We really need to make sure that America is great to everybody and the only way we can do that is if we reconcile ourselves. It’s not the other person’s fault. That’s what we always love about who Christ is in our lives. He always calls us out to a standard, He doesn’t call somebody else out. He always asks me, what am I doing my best to change myself? What am I doing to become a better neighbor?

So the reality is that I try to go through, first of all, the understanding that inherent in our national motto that quote, “E Pluribus Unum — from the many one,” there is something about oneness that has power to it. Jesus talks about that in John 17 in His high priestly prayer. He could have asked the Father for anything on behalf of His disciples. And He asks one thing, unity and love. So I figured, there has to be something really powerful about unity. I think we understand it inherently, and that’s what made our country great to a guy like de Tocqueville because he saw that within the context of what we were doing; there was a unity. The founding fathers in providing that motto for us, in a sense, of understanding that the genius of our nation is the genius of our faith in that, not that we’re all the same in one, but that we are all different yet one.

What happens when we move out of that biblical frame of reference? We lose sight of the moral compass that God gives us and refuse to look at Him and who Christ is, we lose sight of what unity is about. When you have no unity, the enemy comes in to do everything he can to create division. The problem is that you move from appreciating the differences that we have as a nation. I need to appreciate the differences in you as I appreciate the differences in someone else. I’m not calling you out because of what you look like, what ethnic background you are, what race. We’re all one in Christ. We are all one as a nation. When we lose sight of that, we see what’s happening in our country today.